The ambition of the brief is the reintegration into society the transient communities of economic migrants, the housing of multiple occupation tenants and arrivals from the rising refugee community that remain hidden to many. I aim to address the paradox of displacement, housing for the displaced which is always proxy tentative and intrinsically linked.

The scheme aims to be a Socio-Culturally secular establishment anchoring newcomers and the community through providing support to those estranged with impediment of language and the social exclusion. A subject that I explored in earlier phases of the year, in genres of music like 2 Tone, through designing a gig space for the subcultures of Margate.

Tourism declined from Victorian seaside holidays, hotels closed then divided into multiple housing units and the emergent typology led to influx of low-income residents creating geographies of governance, found in other seaside towns, of marginalised citizens.

With one of the weakest economies of Kent, due failure of the system that through a National Housing shortage have UK councils with waiting lists of homeless people that seek out Cliftonville as their help through corruption. Margate suffers a divide that neglects the diverse community of locals behind a nostalgic touristic facade centric to the Oldtown.

Amidst the Brexit vote and rise of popularity of political parties like UKIP in the district of Thanet, the scheme focuses on part of the existent transient community, of which Margate’s population 30% annually is turned over according the Thanet Council. The short term accommodation building will mitigate a key issue in processing of refugee status, by providing an address that equates to a form of identification necessary to liase with the Home Office whilst one is still an Asylum seeker where the small print on visas rid them of security in hard times.

This scheme is critical to positive restructuring of a place previously seen as vacant, marginal and amputated.

The tectonic language was formed through cross-collaboration of programs in interconnecting towers that link through inviting spaces, offering courtyards that are inhabited through extruded grid based the existing car park and neighbouring Resort studio.

The corner completes a triptych of Spires along North down Rd, I see this as an opportunity to create a public space that comments on the role and symbolic meaning of spire as a place of refuge and communion.

A key move was in shifting the grid to connect visually the road from the Old Town and Northdown Road creating a canopy that celebrates the bus stop in a cinematic fashion and leaving much of the ground floor to the public realm and marking it by using concrete through both buildings structure as a public base is reflected in the posts through the ground floor. 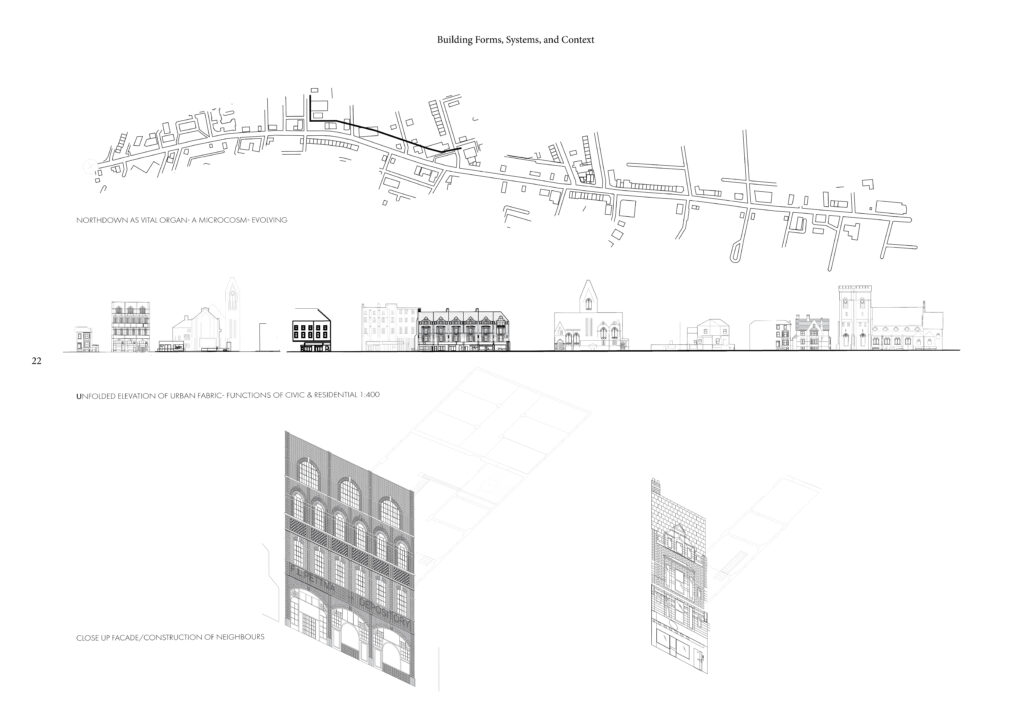 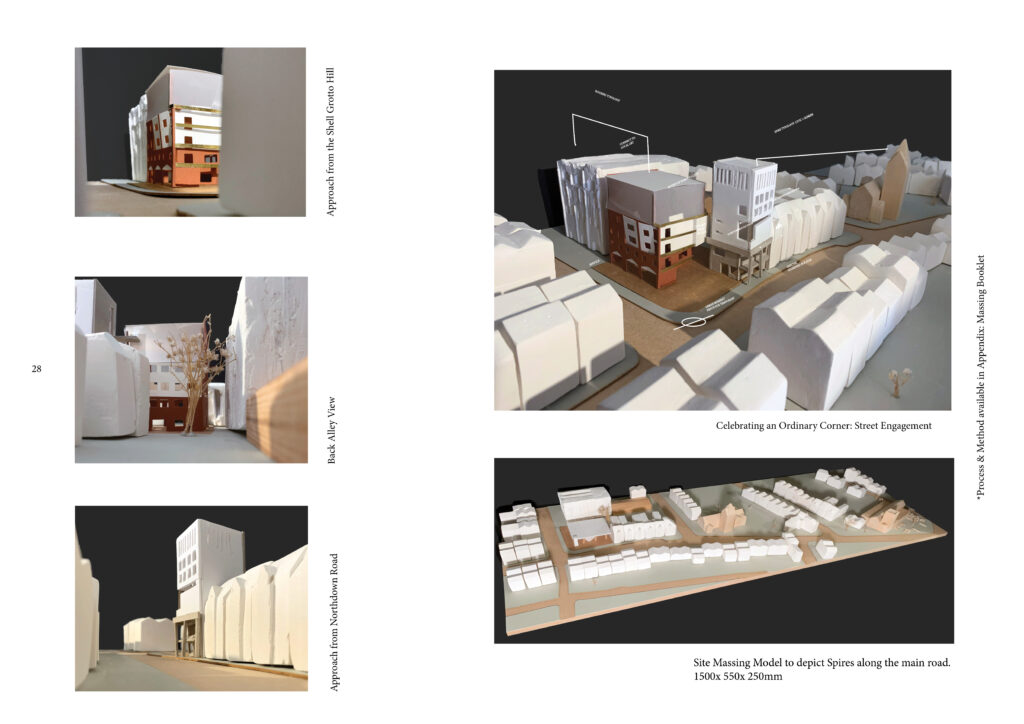 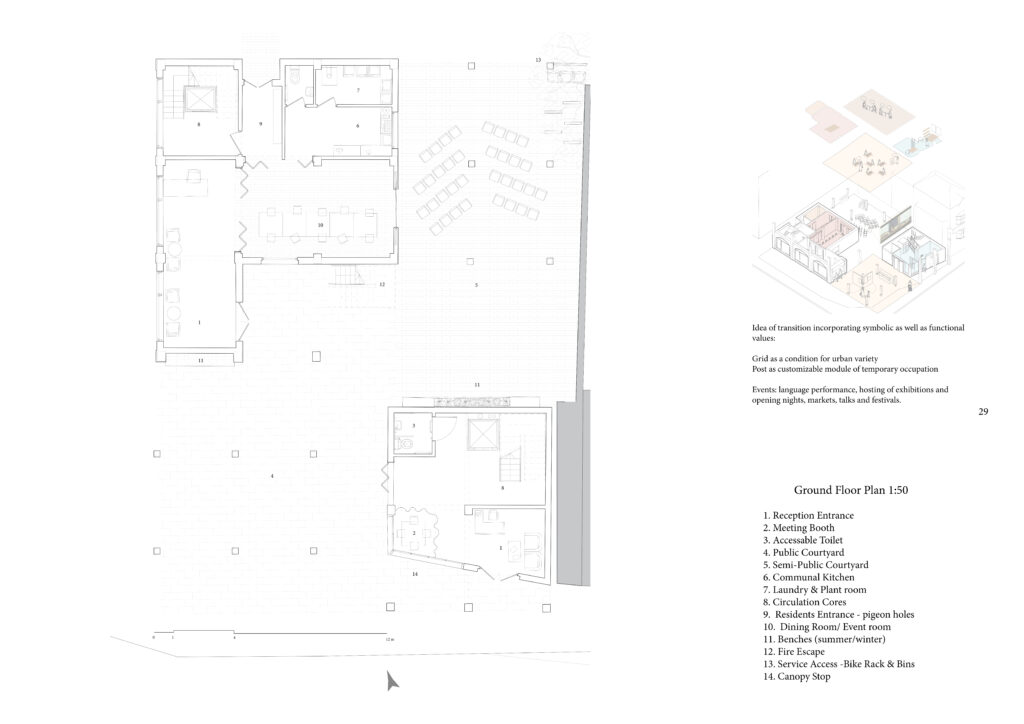 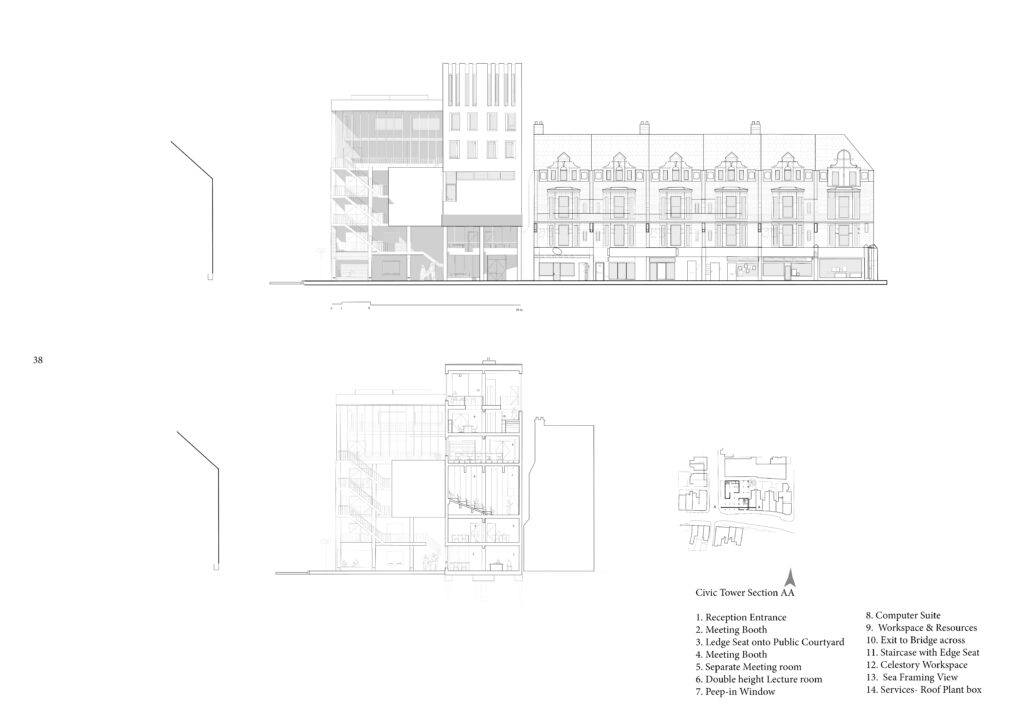 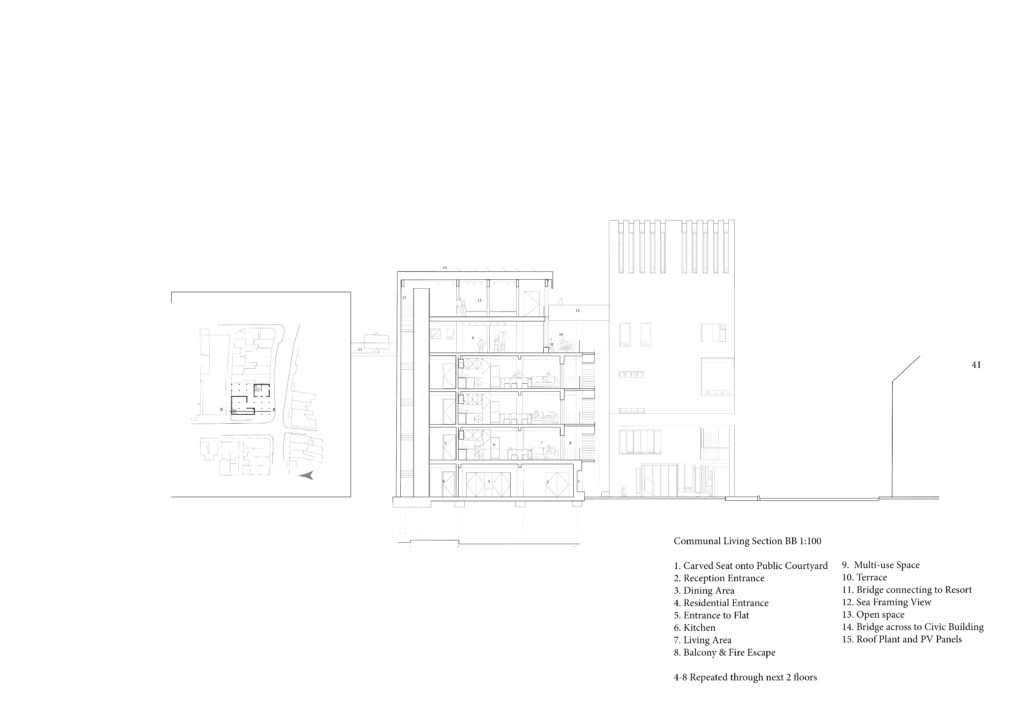 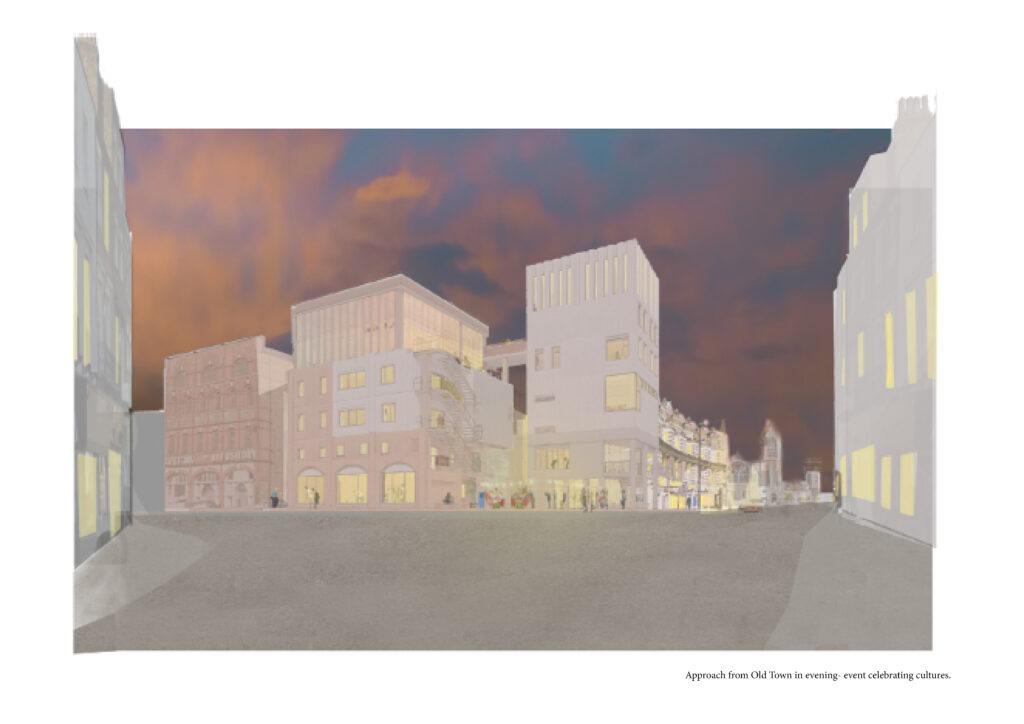 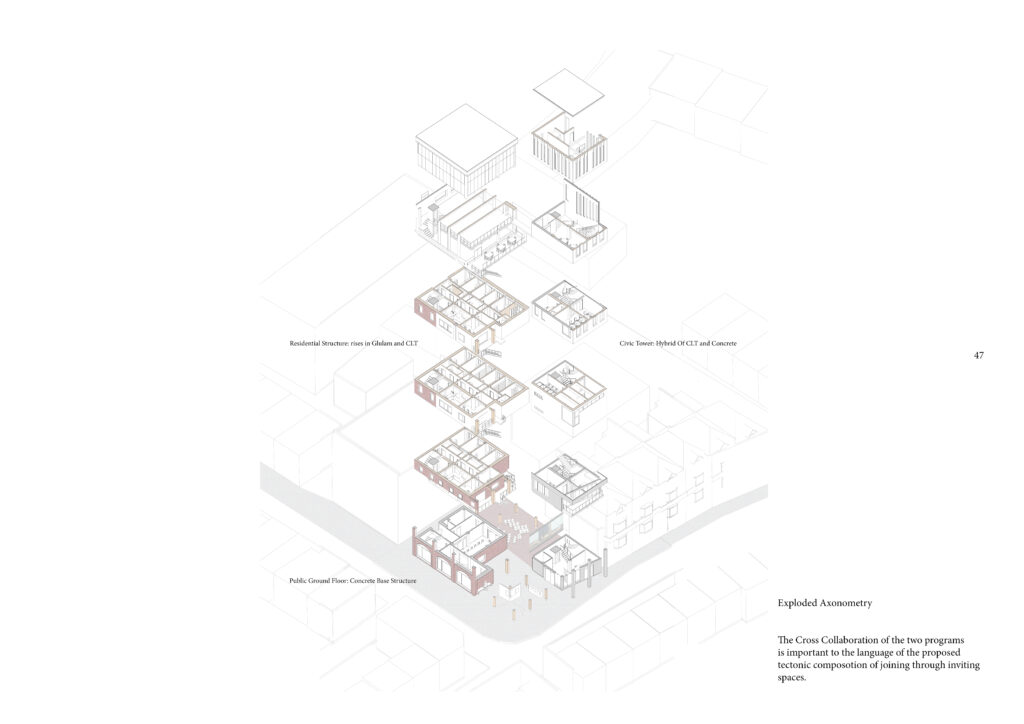