My idea of a public space is a “slack space” where both visitors and rough sleepers can meet on equal terms. Cardiff, as the capital of Wales is a multicultural and multiethnic city.Rough sleepers in the city centre which are removed by police because of ‘trees-passing’, come from all around the UK and not only.

They all have different dialects or languages, hence the idea of the tower of babel. From the demolished rubble of St.Davis shopping central structure similar to the the mythical tower of Babel’s built. It symbolises the myth of the origin of languages and strengthens the idea that people come from all over the world in Cardiff.

The “Nolli plan” is used here to show the spaces which are inhabitable. The map identifies the location of rough sleepers and due to the difference in scale it also shows an insight of how they live.

The 1:500 axonometric view of the proposed space shows how it sits in its context. Inside the serpentine wall which surrounds the space, the tower of Babel is held by a punctured screen-cladded in photovoltaic panels. Behind the screen, there is a welsh school of language and a rough sleepers facility both of which are connected by a ramp. The ramp is the meeting space of the two buildings.

The section represents not only how the space is organised, but also how it is used by both visitors and rough-sleepers. 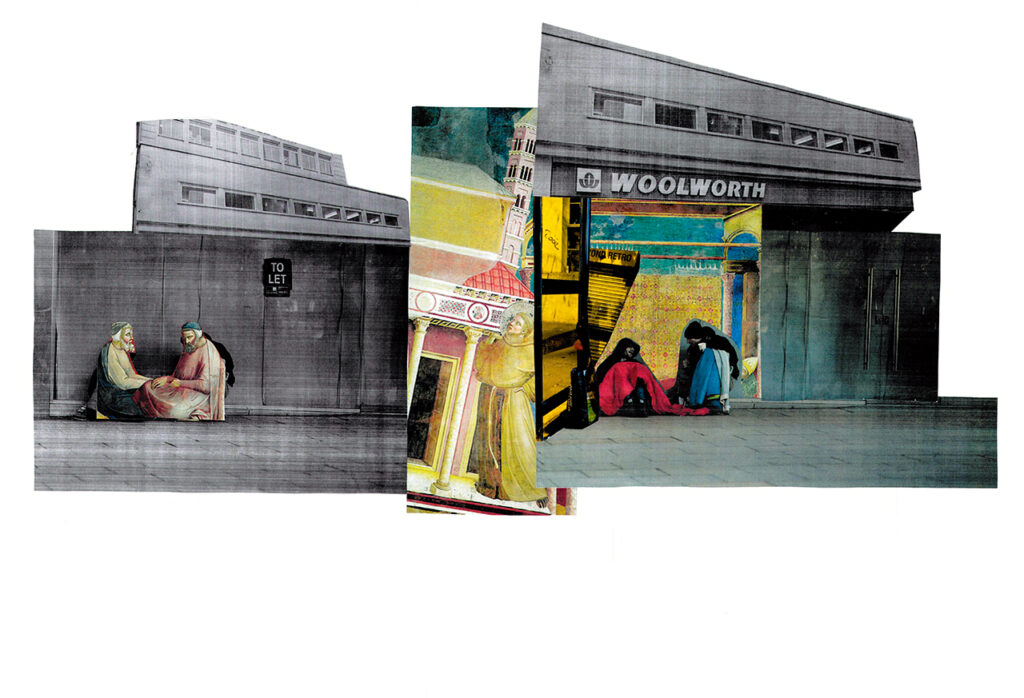 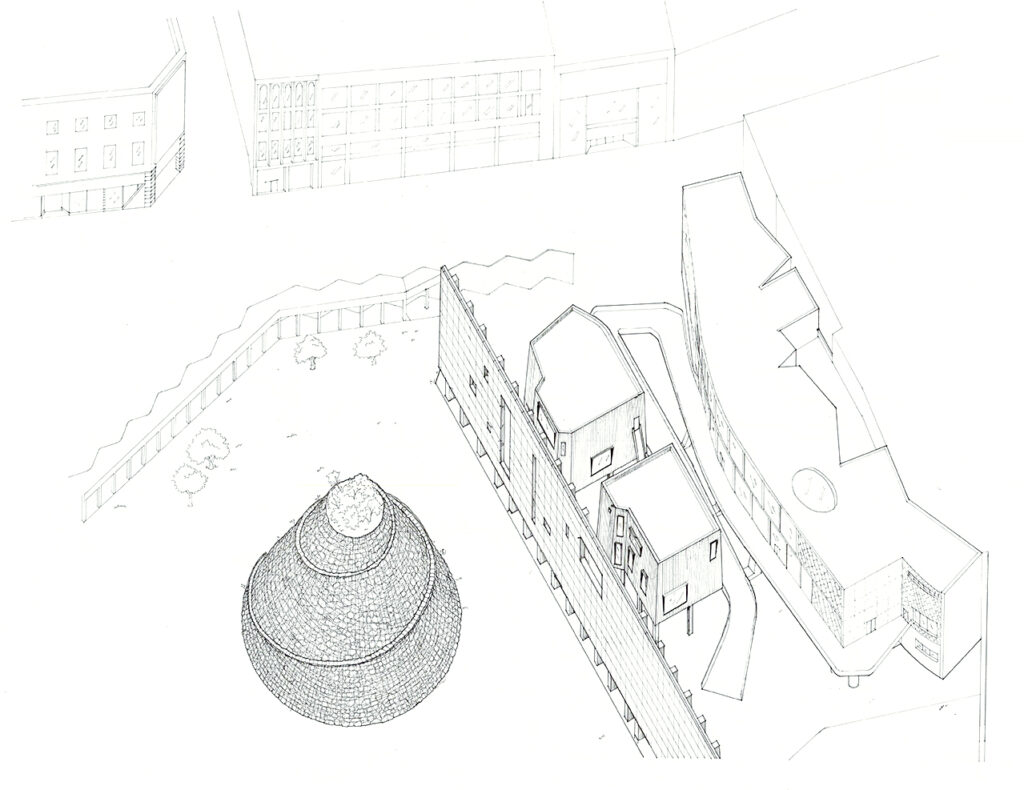 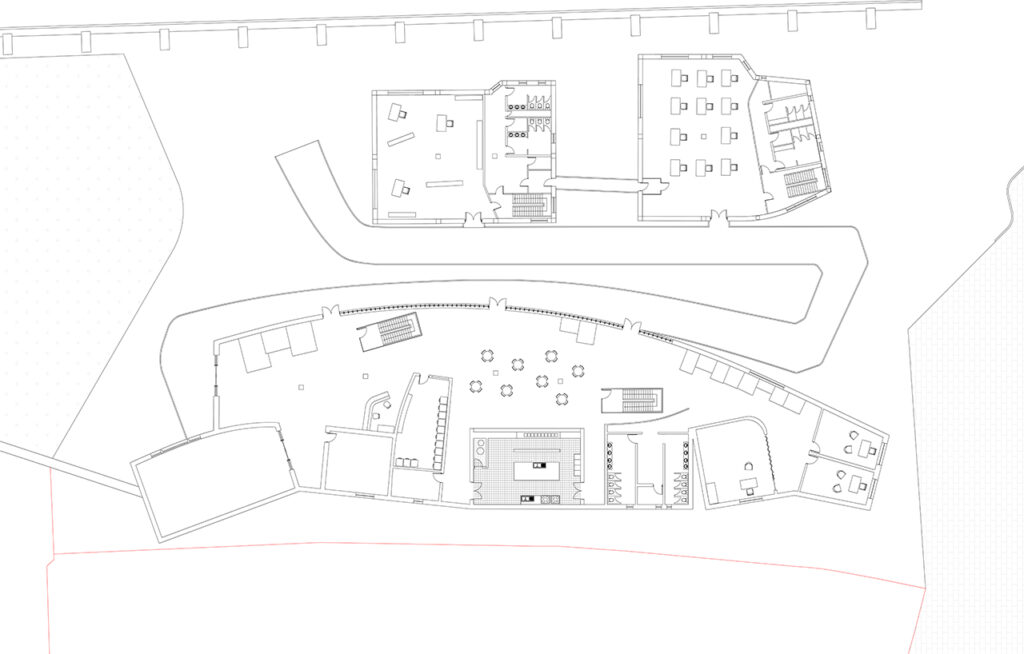 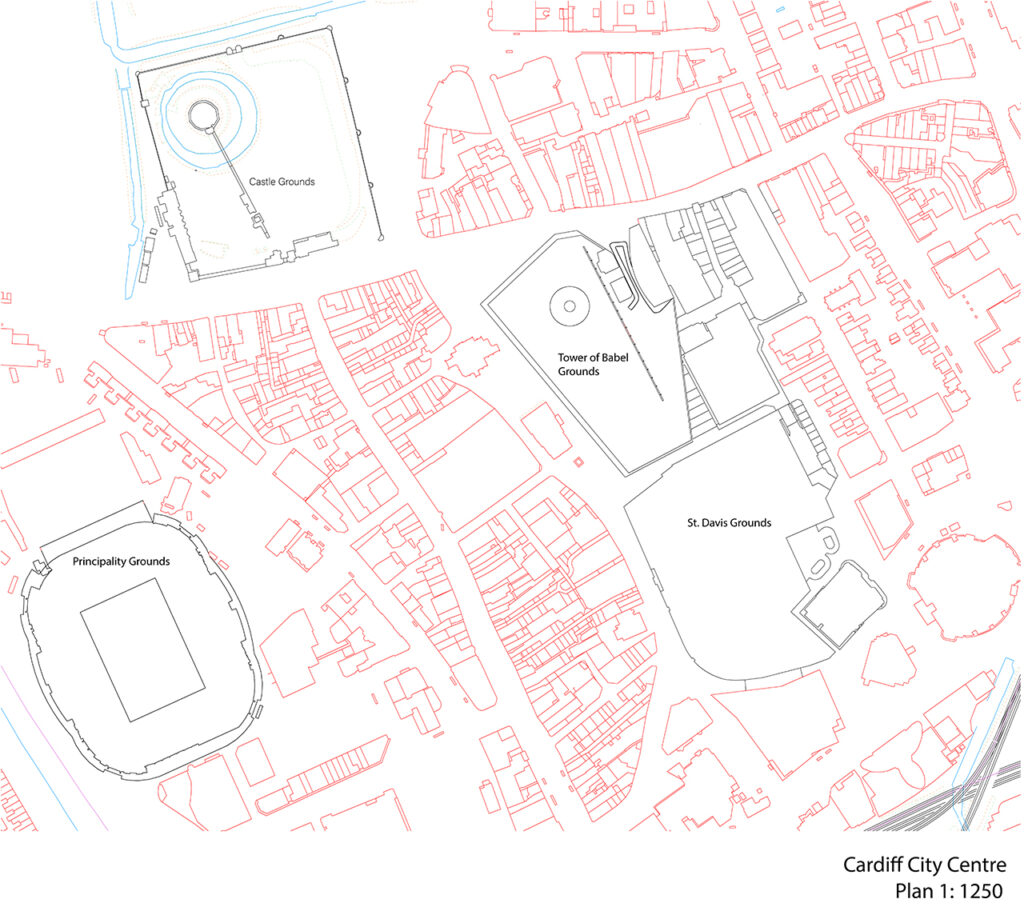 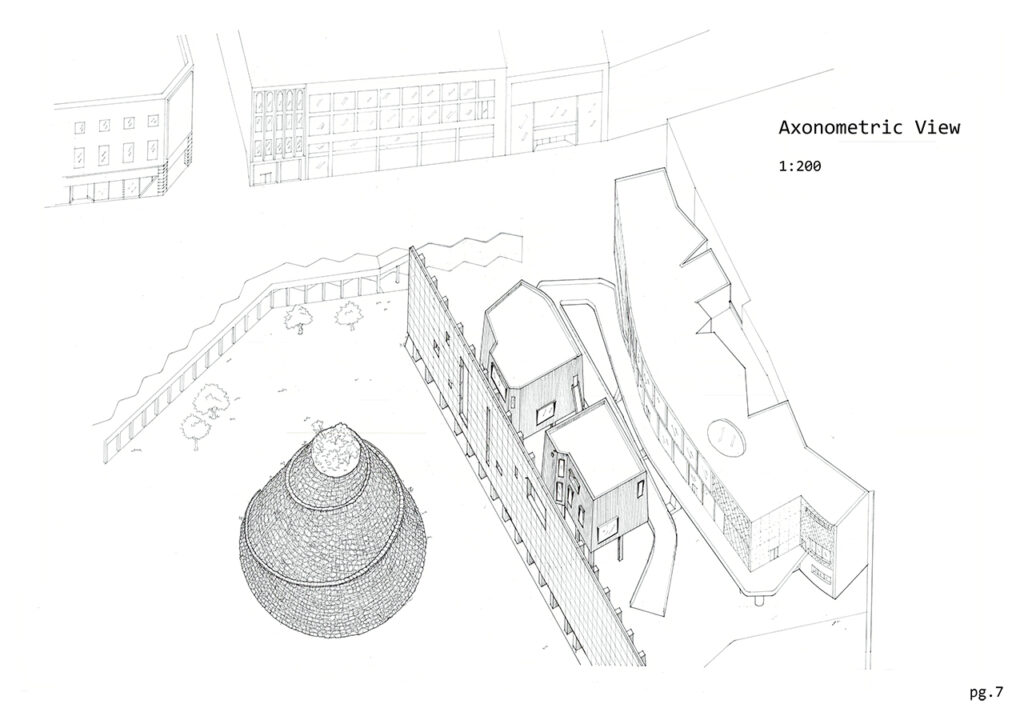