The Arts Centre focuses on the relationship of the local systems to the architecture, creating a form, representative of the heritage of Whitchurch and the new and future system, that allows a reciprocation between the new era of mental health care and a community space.

I brought this to Whitchurch Hospital, analysing the local systems associated with the asylum. The major system is the medical system and its evolution from the hospitals opening in 1908 to closure in 2016. The journeys key turning point was in the 80s when Margaret Thatcher started the closure of asylums in favour of community care. I studied community care in depth looking at treatments used in the final years of the asylum that created a message of positivity. Art Therapy was at the heart of Whitchurch in the finals years with an exhibition of patients work put on before the closure.

I wanted to create a design that could use art therapy but also feed back into the community, placing it alongside art galleries and a sculpture park, which could subsidise the community care. When approaching the site with my methodology I wanted to keep pieces of the old architecture that represented positivity and the connotations associated with community care (wellbeing, positivity, creativeness, community and change). However, much of the system archived has negative connotations of brutal treatments and institutionalisation, something I was keen to reject. Therefore, I created my spaces around the original façade, exhibited itself within the foyer, as an archive to the step between institution and freedom. The creative arts centre develops from this central point making references back to the positive spaces and architecture of the asylum whilst establishing a creative environment representative of the new era and system. 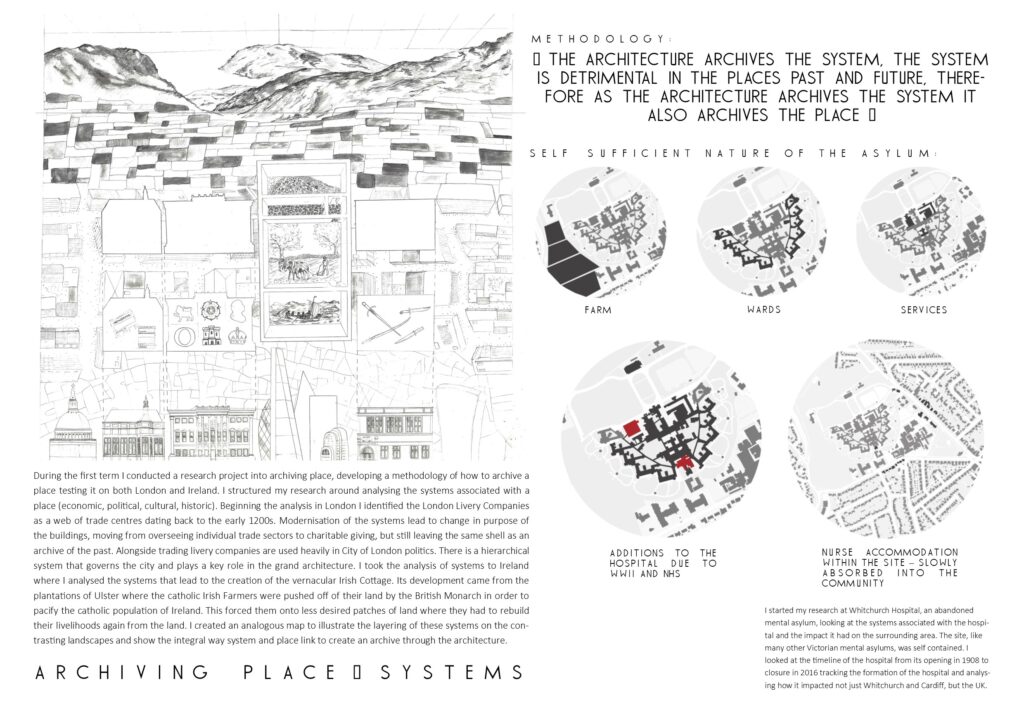 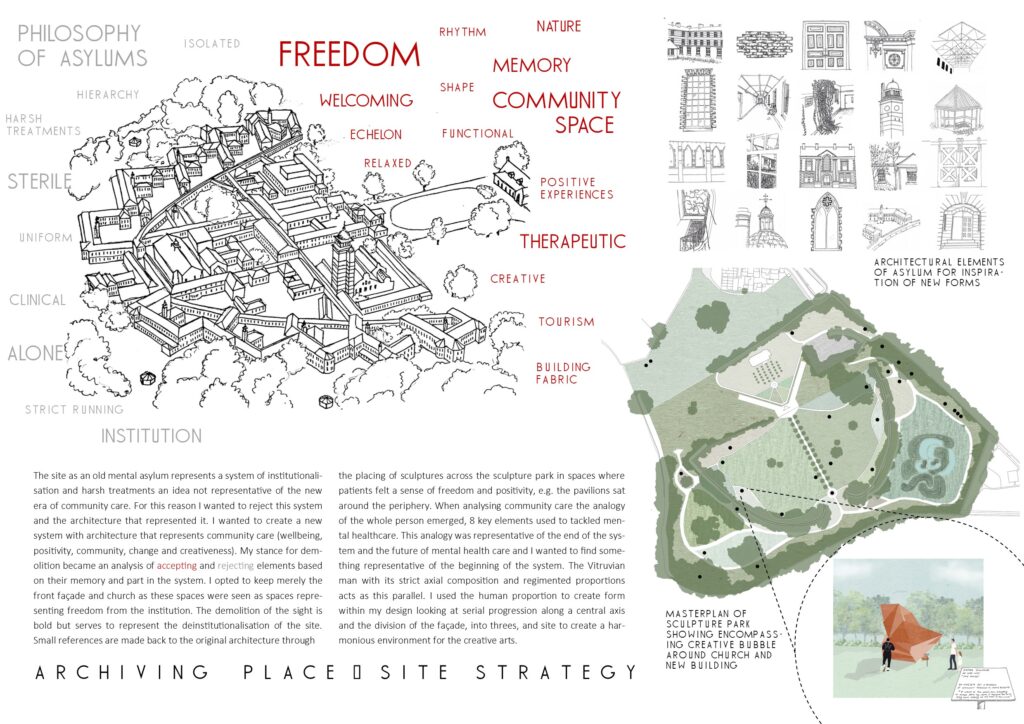