“We imagine a school of architecture as an open process rather than a defined typology – one that invites its own evolution by opening the border of where architecture begins… A school of architecture should be an experimental zone for the city. It should interact and integrate with its community as a creative hub… …the school should not just be an institution for architecture – it should continue this open laboratory, sharing its tools and programs with the public to create opportunities for the informal evolution of architecture.”

This project seeks to weave together the vacuum that exists between the community and the buildings in Cardiff City Center, by proposing a satellite WSA lab, one that encourages public involvement, explores radical pedagogy, and breaks the horizontality that exists around the site.

The city lab aims to provide all of the amenities present in an architecture school, but by balancing the public hierarchy, and encouraging community engagement through weaving studios and a central axis, it brings to Cardiff city center a sense of community, etherealism, and honesty.

The form, structure, and spatial planning were inspired through personal analysis of the surrounding context. Locally sourced timber from Welsh forests encouraged an exposed timber frame construction, thus allowing the project to break the monotonous concrete horizontality that exists around the site, bringing in a sense of freshness but still allowing the scheme to feel warm and fitting.

Providing to the context

An attempt to bring back the community not only into the structure but involving them in the process was a key aim throughout the project. The exposed timber structure, through its honesty, attempts to break the monotonous nature of the site, but the chainlink mesh facade creates a sense of intrigue, encouraging the public to walk in, interact with the architecture and experience it. 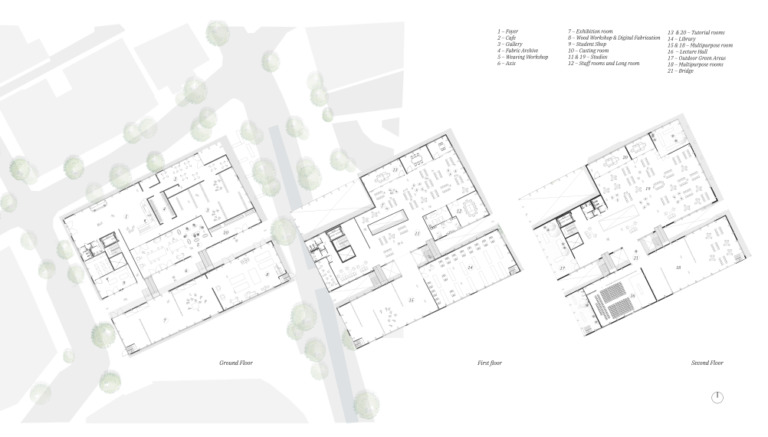 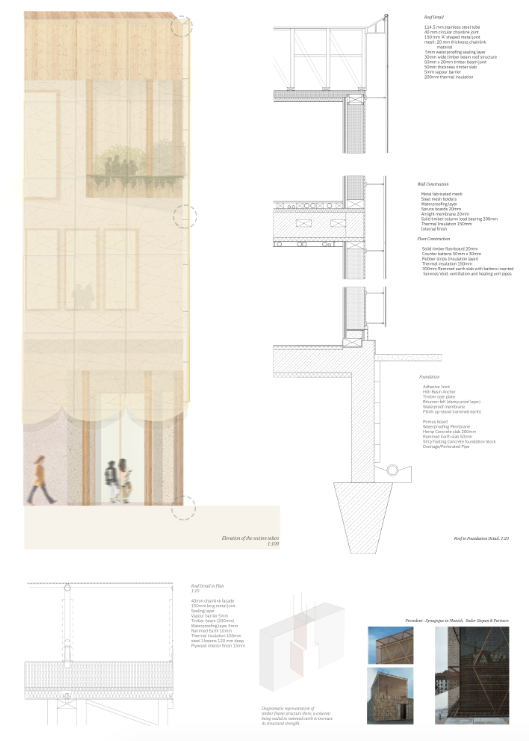 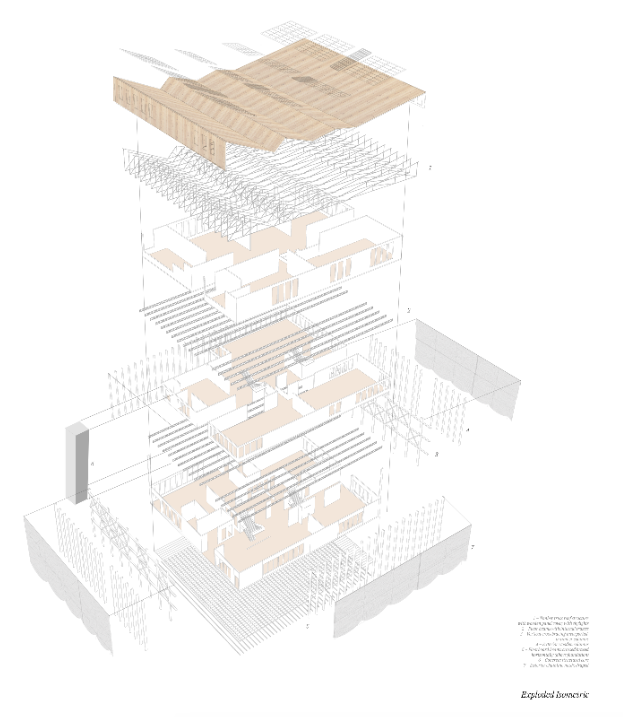 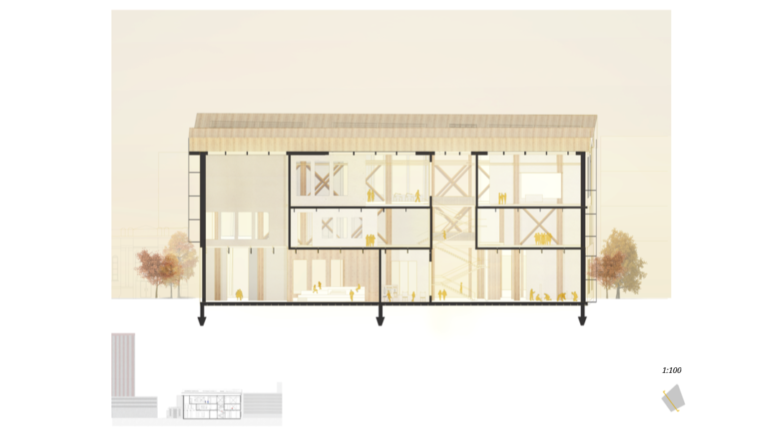 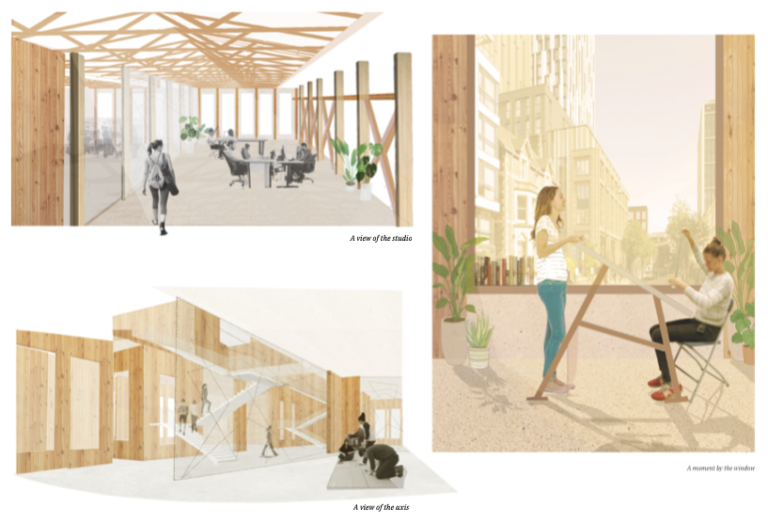