The nowadays scenic bay of Limehouse Basin hides a intriguing past.

In the hay day of Britain’s global trading, Limehouse Basin acted as one of the few interception between locomotives and water vessels, all transportation utilised served to transport goods from the London docklands off to the city centre and beyond into the inland of England. Nowadays the role of goods transport of the area ceased to exist, following the redevelopment of the Basin in the 1980’s, transportation had adopted and transformed into a more local and leisure usage: DLR as a public transport and vessels and canoes on the Regent’s Canal as tourist attraction.

Limehouse abandoned its commercial past and transformed into a quiet, residential zone. This proposal aims to reinhabit the site with elements of commercialism, part of the heritage of the Basin, whilst reconnecting the once intercepting forms of transportation, separated in function after the redevelopment.

The store units, inspired by East Asian consignment stores, packs goods in high density allowing a wide range of local and exotic products to be on display with the glass finishing of each units, which visitors pass by walking on pathways surrounding the store units, ascending towards the top viewpoint onlooking the basin in whole. Units of stores in colours “floating” inside the building as if it is sailing in the space, resembling the canal vessels holding products from the global trades. This provides an experience of the historical business of the basin century prior; an abstract imagery of a place once dense and vibrant.

Taking advantage of the sunken ground in between the Main road and the Basin, the lower ground is separated from the upper commercial space, of which is used to house mooring services for vessels entering from the Thames, retaining the quietness of the current residential Limehouse Basin, remain shielded from the business of the main road above.

As an extension to the Limehouse DLR and National Rail station, the scheme provides a gradual descent from the busy and saturated atmosphere of the city into a sparse and relaxing greenery space along with leisure activities provided by canoes and yachts on the Regent’s Canal and Limehouse Basin. 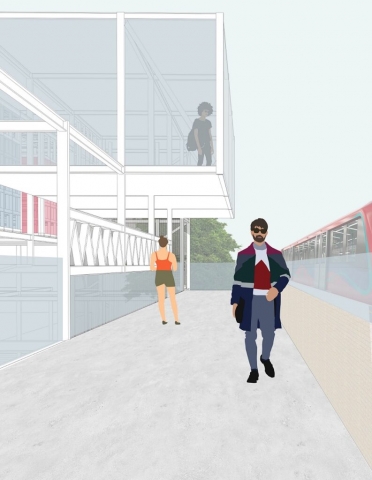 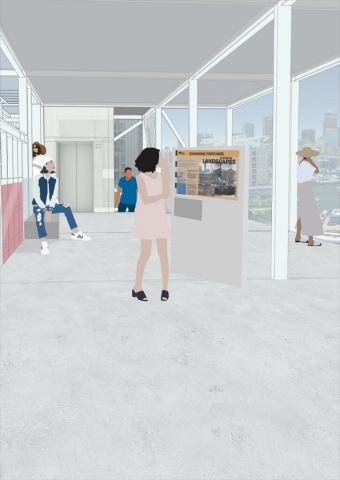 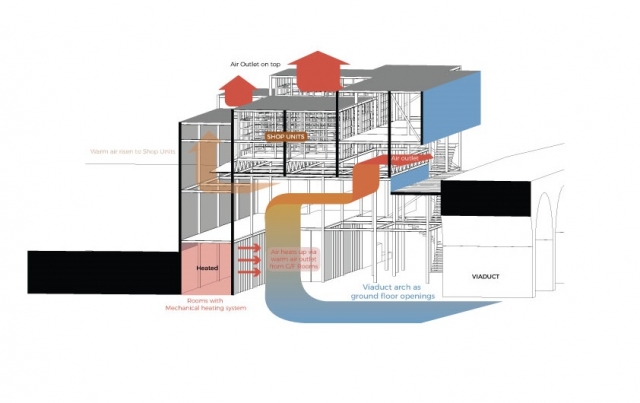 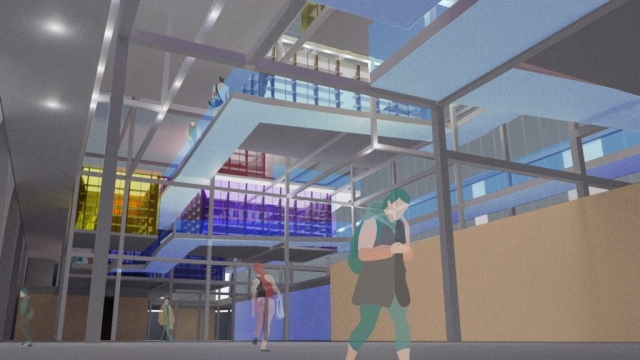