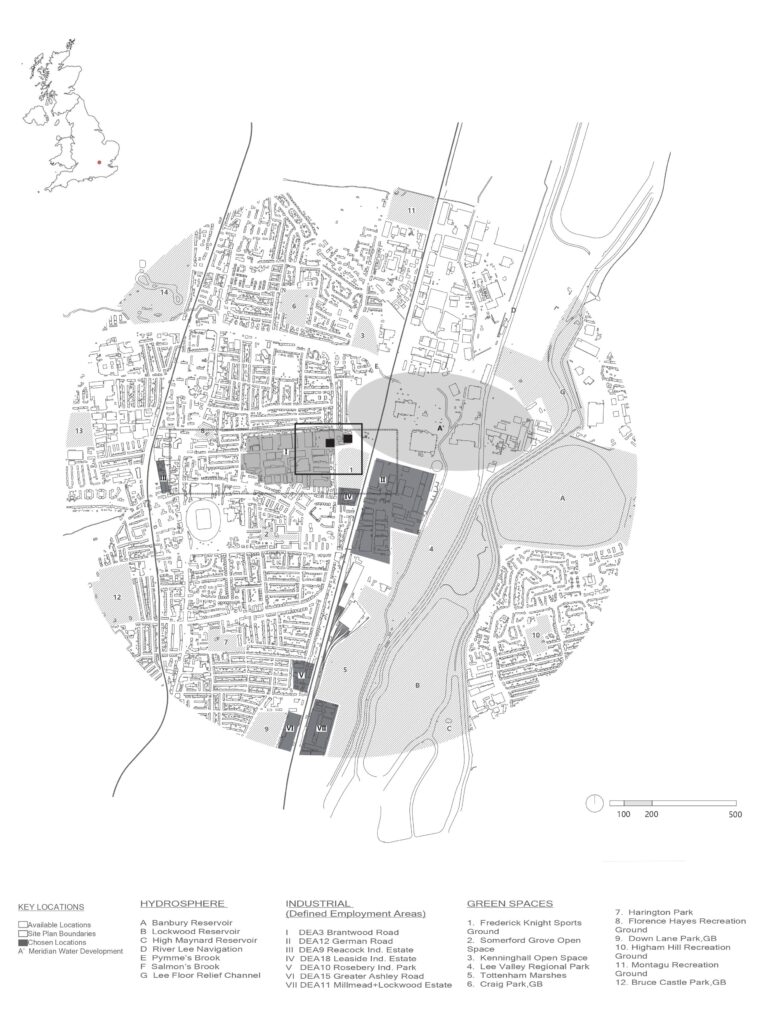 Over the last century, Tottenham had been a city that rapidly developed. The industrial boom in the 1950s made Britain recognised worldwide for its manufacturing quality, significantly improving the livelihood of Tottenham residents. In less than 100 years, from an area characterised by farms and marshes, the London district was transformed into a place combining all: recreational, residential, and industrial function. However, with time the manufacturing market has drastically changed, and now only 8% of the British workforce finds employment in that sector. This trend has led to a significant footprint on the Tottenham community, causing an industrial crisis. Nowadays, the Tottenham landscape is a result of a battle between residential schemes and industries that had adapted to their current market. The project aims to revitalise the area, bringing back its previous vibrancy and charm. 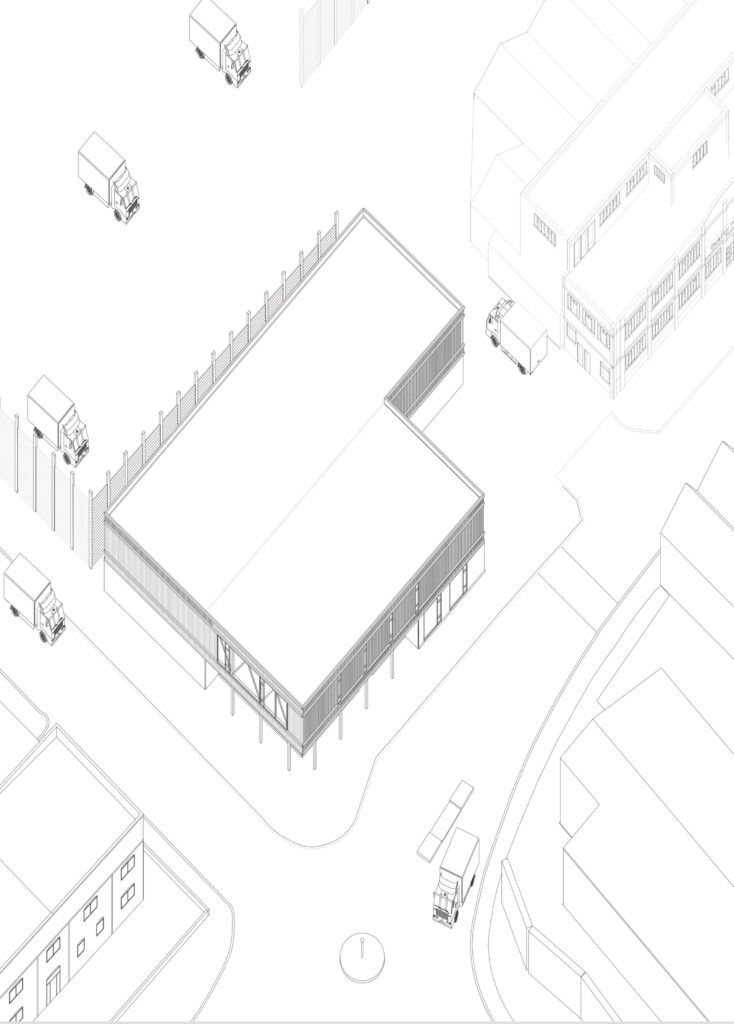 The Mill at the Corner Junction

Tottenham is a gateway to North London. The area prides itself on comprehensive access to public transportation, greenery (amongst others London’s Green Belt), and most importantly, its industrial heritage. However, for a long time, the area suffered from poverty and low employment rate. As a result, the importance of the district became undervalued and neglected. The revalorization focuses on strengthening the industrial character though development of the east gateway to the largest industrial employment area in Tottenham. The projects take a critical approach to the past, proposing it with the new solutions. It proves that robust materials can create a simple design and that the past can be taken under consideration when creating new. 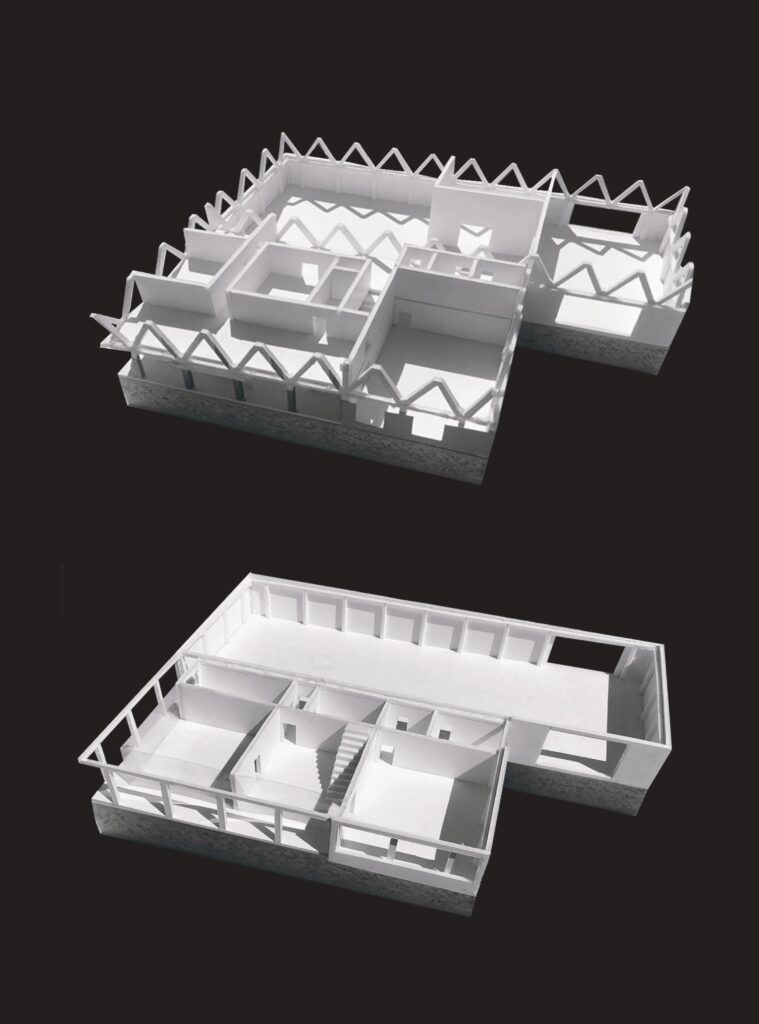 The vision of Tottenham Natural Mill takes under consideration the history of cotton manufacturing in the Great Britain, the history of district development, the surrounding landscape, and the DNA behind it. Lastly, the design of the Tottenham Natural Mill aims to be a homage to previous factories in the region. Back in the day, bricks were the main building material. Brantwood Road, which was the most industrial road in Tottenham, located most of the factories and all of them were built with bricks. Therefore, the Tottenham Natural Mill decided to incorporate this color into its design. To do so, it used a dyed concrete on some of the internal walls of the factory public spaces, such as the studio and design room, to simulate the color of those exact bricks. Moreover, inspired by the old weaving mills, the building integrates large windows all around the factory, allowing a large amount of daylight to come through. However, on the contrary to their previous model, the Tottenham Natural Mill windows are wrapped around a cast insulated channel glazing panel. This method provides the workers with more privacy, disallowing the spectators from the outside to observe them. Regardless of the area, this action will provide more safety, albeit providing the same amount of light coming through the windows. 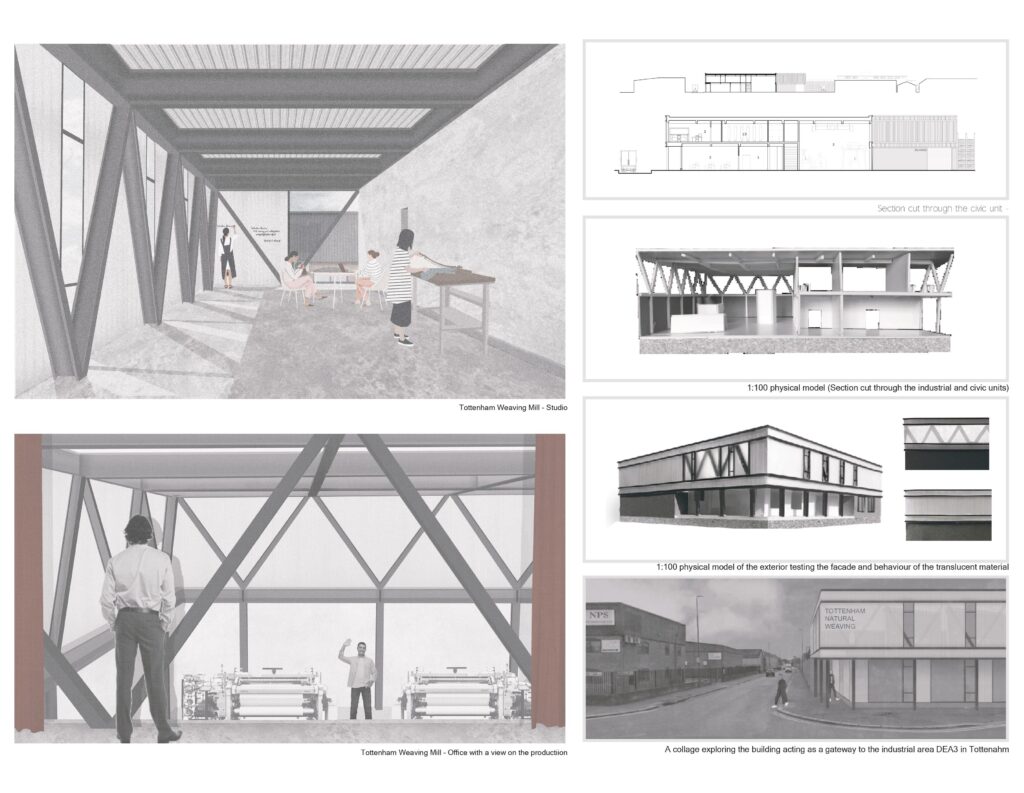 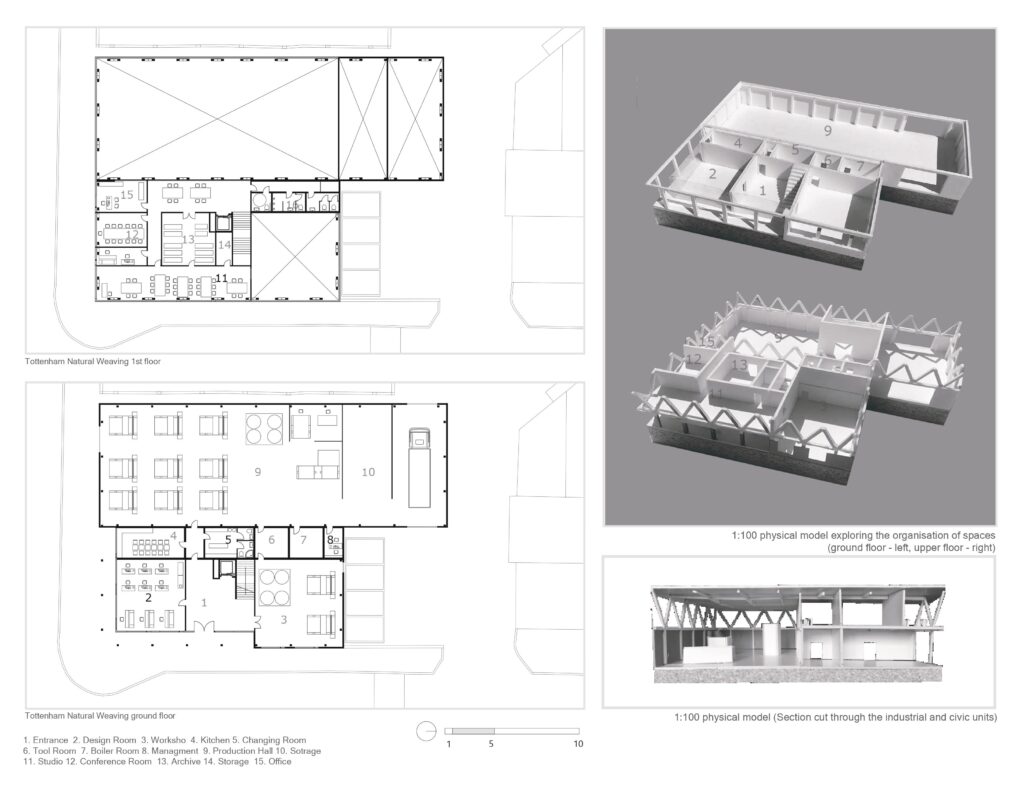