Birth and Rebirth of the “wall”

The 14th century collage images show the relationship with the flatness of the background behind, in the same way that rough sleepers are almost layered against the fabric of the city behind. Giotto’s painting in “Birth and Rebirth of Public Space “ shows early forms of perspective, in which the structure of internal space is layered onto the background of the painting or folded back so that the background is painted perpendicular to the picture plain. There is a feeling that the rough sleeper withdraws from the urban life of the city into a dream world or ecstatic world of drug and or alcohol abuse or mental trauma. And the urban fabric (the background) acting like a wall, to separate people apart from each other.

Form this point I be interested by this reverse idea of “wall”, and did some exploration on different reverse idea related to the wall

And I be inspired by the idea of Berlin wall, which was once built to separate people but what it does is bringing people together. People from west and east are together because of the wall. and the wall can be made from the recycle rubble demolished from the old shopping centre, just like the Berlin wall, It follows from the dismantling and gouging of the Berlin Wall – a time in political history to reunite the city. as the shopping centre being the actual wall of difference and Discrimination being demolished, the new wall which will join people together would emerge now，the land is enclosed by walls and the wall itself would not like any public space before, they embrace rough sleepers, the wall will have an intensity of embracing, this intensity will increase as approaching to the wall and different strategy relate to the intensity are explored. 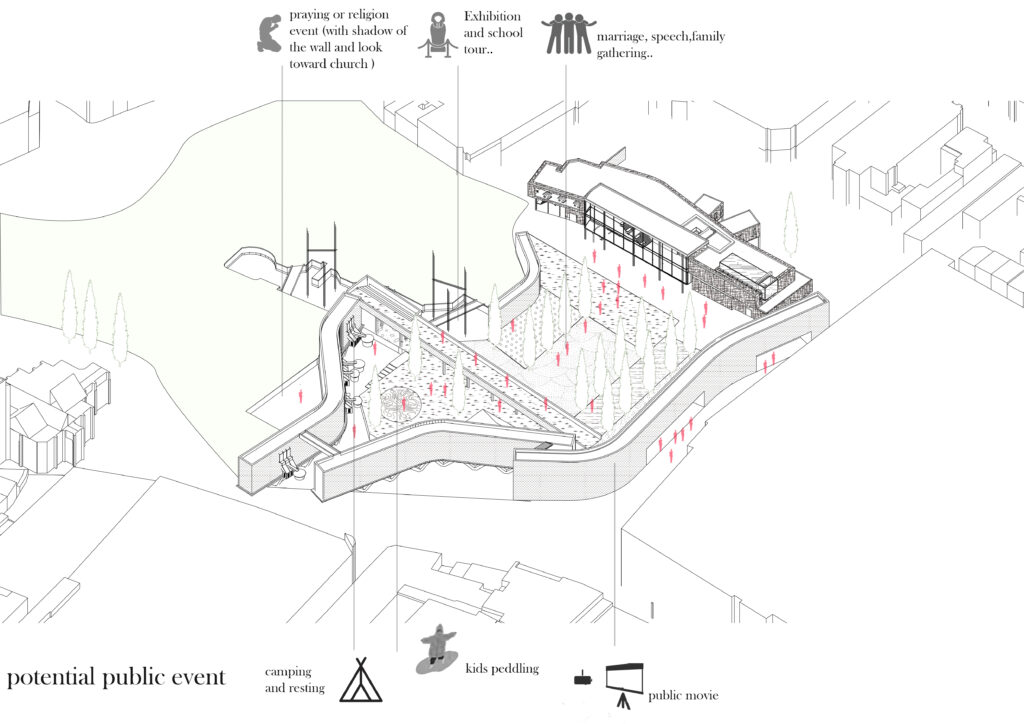 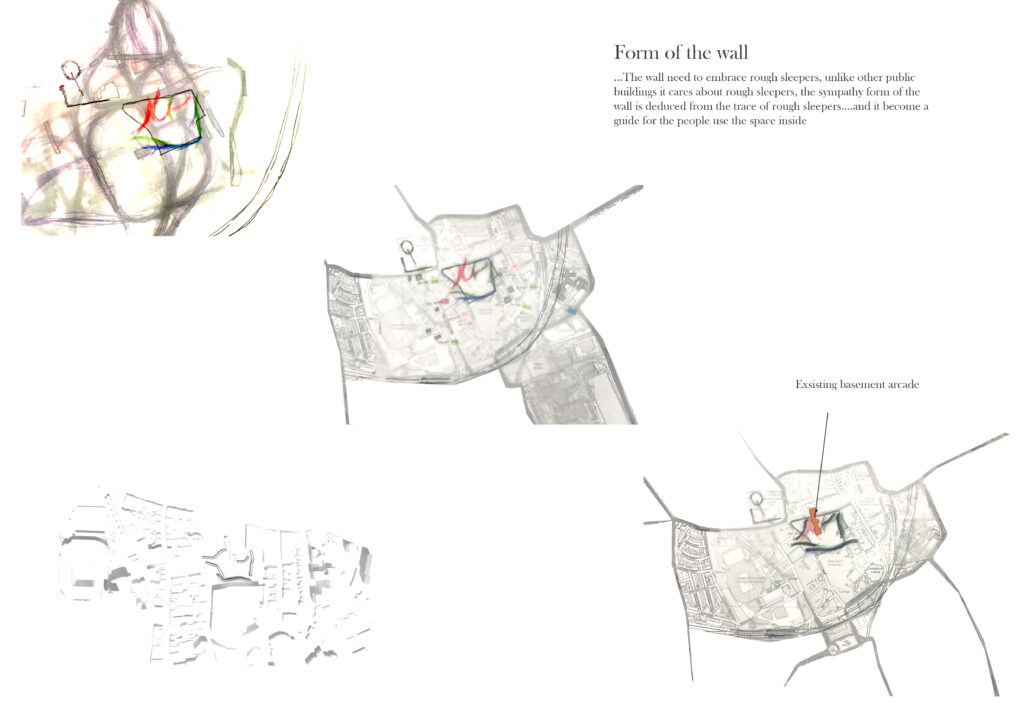 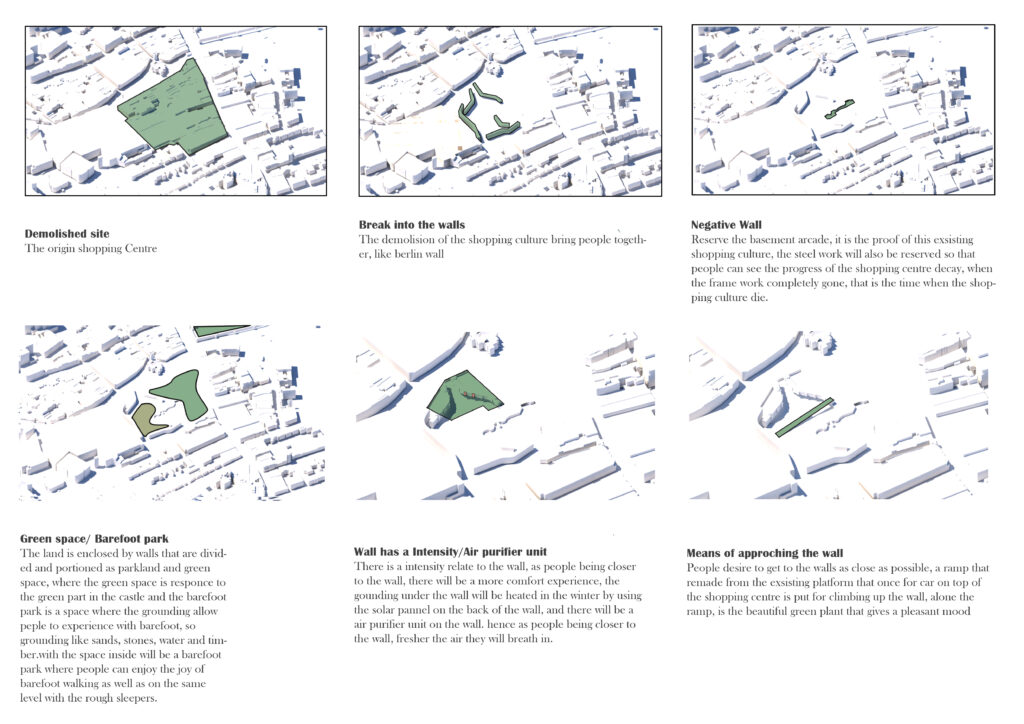 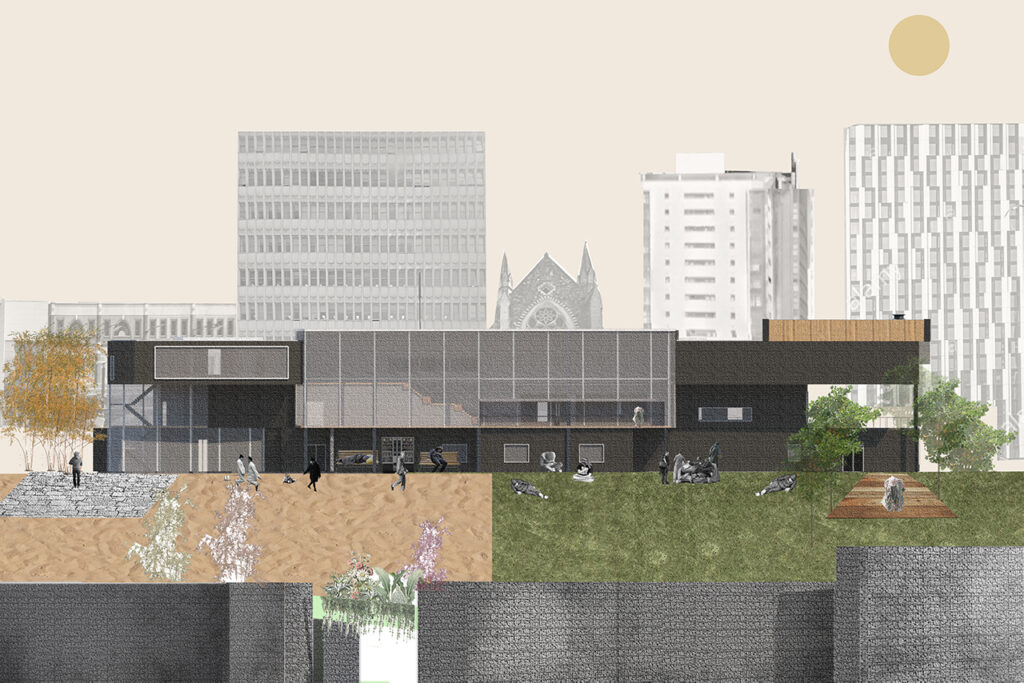 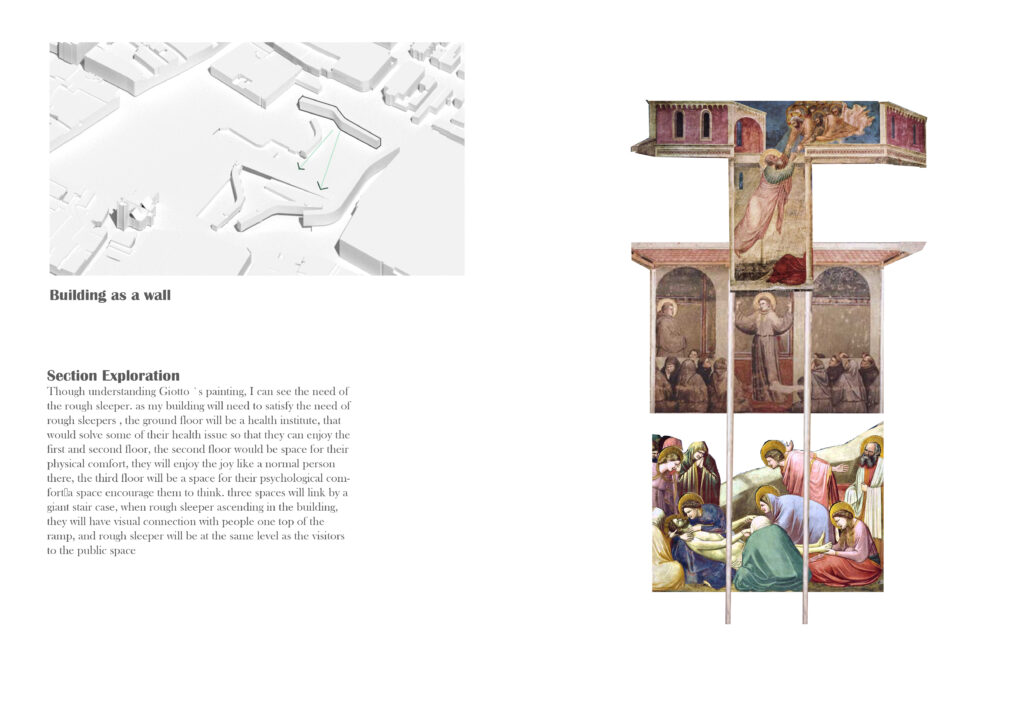