Situated along Tottenham’s High street, Brunswick Brewery/Cooperage/Pub is in response to the rapid decline in drinking culture that used to be extremely prominent in the area, due to its unique characteristics. Coupled with the site’s context of social tensions (as a result of the Spurs Stadium redevelopments) the scheme aims to re-establish a drinking establishment, which historically were successful common grounds between these extremely different groups of people existing together on site. The final design embraces simple architectural ideas and materials as a way to meaningfully bring together a highly specific range of brewery, cooperage and public spaces. 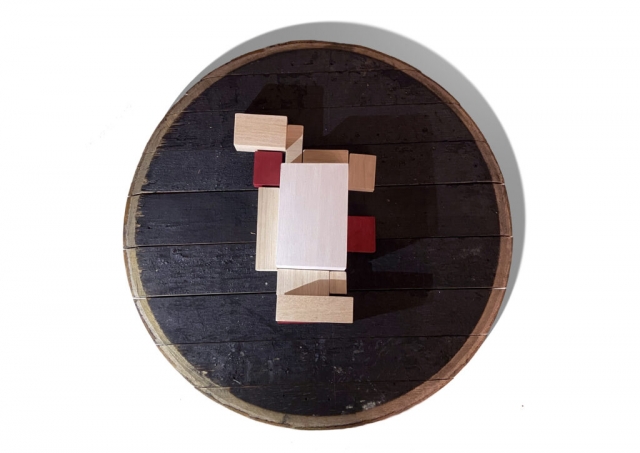 Central to the scheme, the brewhouse is an expansive, recognisably industrial space which houses the important brewing tanks, staged on top of polished concrete. There is a carefully considered public route that runs around the edge of the space, leading people into the more intimate and directed taprooms and pub. The corrugated steel pulls into the private worker thresholds and pulls back to reveal those for the public. 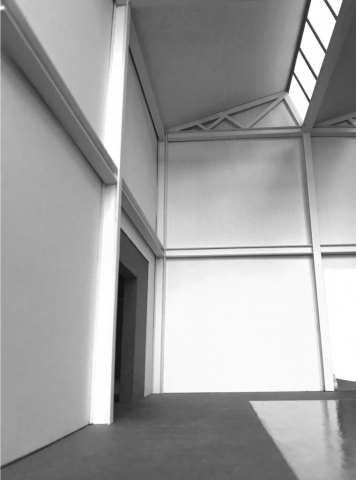 Interior Model of the Brewhouse

There are also three main public spaces in the scheme where you are able to taste beer from different types of barrels.  The antithesis to the brewhouse, they are highly intimate spaces, saturated in colour and texture. These contrasts in construction and atmosphere make for a stimulating public route through the scheme. 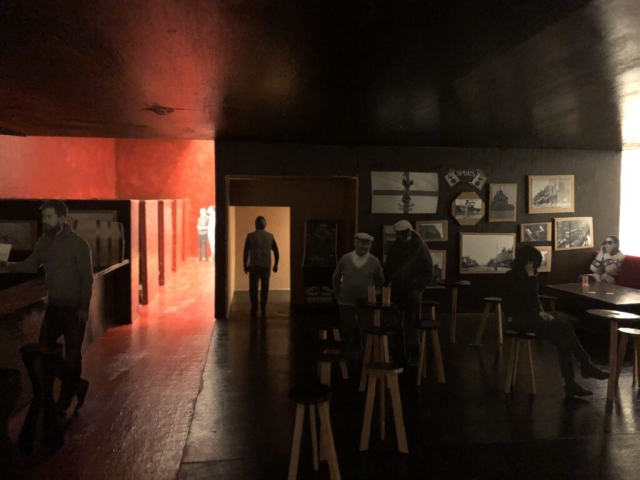 Interior of the Pub

The public space beside the High Street serves oak-barrelled beer and takes materials such as varnished oak and ceramic tiles (which are extremely nostalgic of ‘Tottenham Pubs’), and uses them more freely to create a contemporary drinking space with subtle architectural ideas about atmosphere.

Two taprooms draw the public through the grain of the high street and deeper into the site where there is an under-looked scene of craftspeople and industries. Here customers can taste the ash and chestnut-barrelled beer whilst being directed towards the incredibly immersive crafting of beers and barrels. 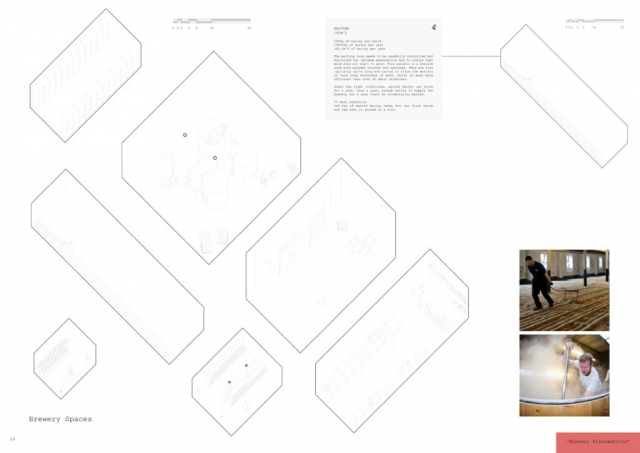 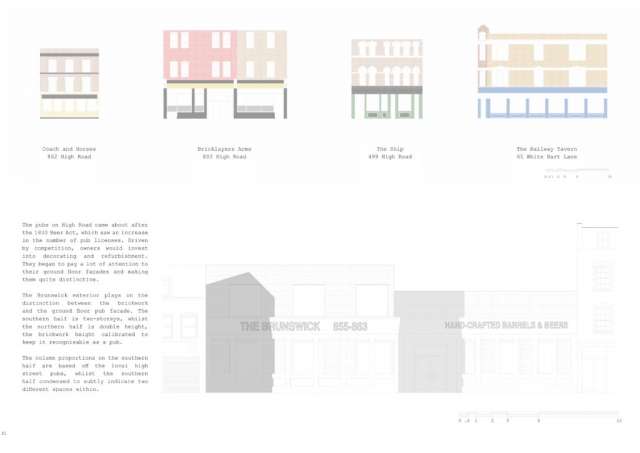 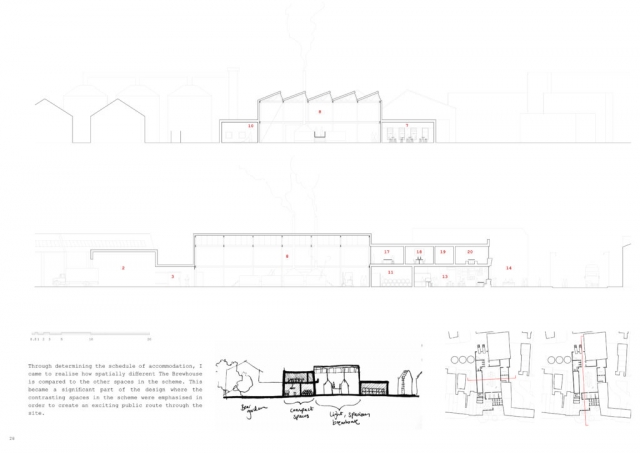 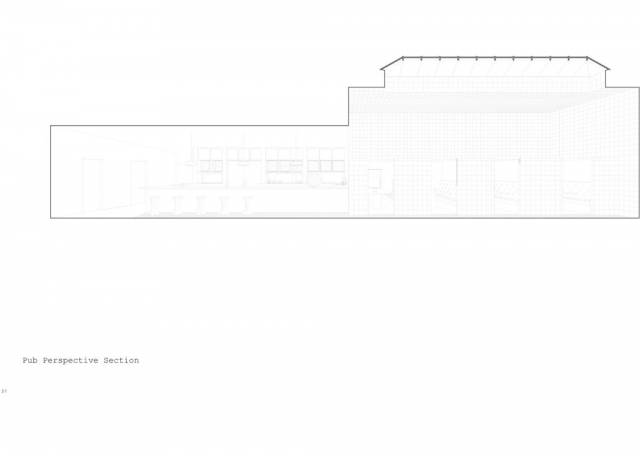 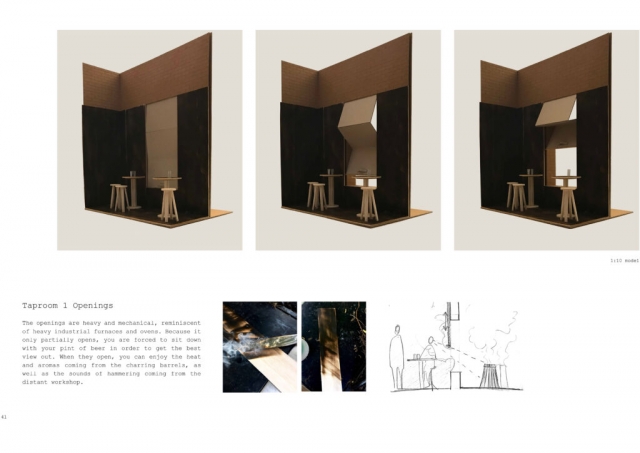 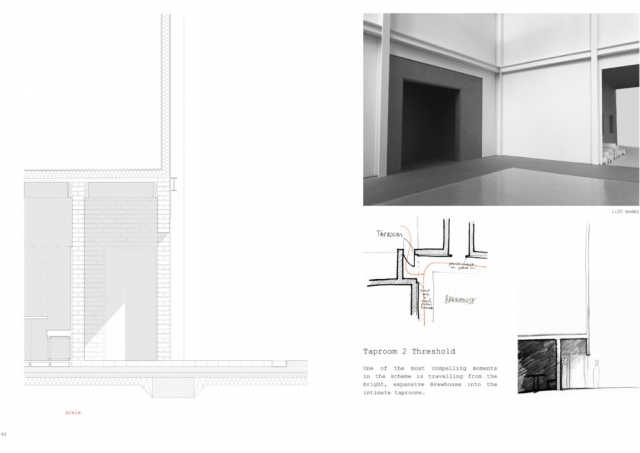