‘The parochial can articulate the universal’

The ancient town of Clones, Monaghan has a rich and turbulent history, largely influenced in recent times by its proximity to the Irish border. As a result, there is an abundance of leftover spaces in the town, which often act as a threshold between built environment and nature. These spaces became the subject of my project, with a collection of derelict limestone buildings just a minute from the centre chosen as the site for the Language and Landscape Centre.

The project is influenced by Monaghan poet Patrick Kavanagh’s parochial theory and Brian Friel’s ‘Translations’ which recognise the power of the local. Rather than approach the site as a generalised ruin guided by blind romanticisation, emotive imagery of the site is understood through engagement with Romantic theory, and intense analysis of the existing highlights what is unique about these buildings, on this site, in Clones.

This allowed me to maintain the character of the picturesque that makes the site so captivating, without leaving the buildings as relics. Instead the project is grounded through the influence of the Everyday. The ‘ad-hoc-ism’ of recent repairs had already presented a confident interaction with the past and through my composition I push this further, giving these buildings a future and facilitating a renewal of culture.

The way people move through the site is also carefully considered, with alternative pathways created between the town centre and Barry McGuigan Park. Spoken word, exhibition and collaboration spaces are provided, encouraging both locals and visitors to explore their relationship with the urban and rural landscape of Clones. 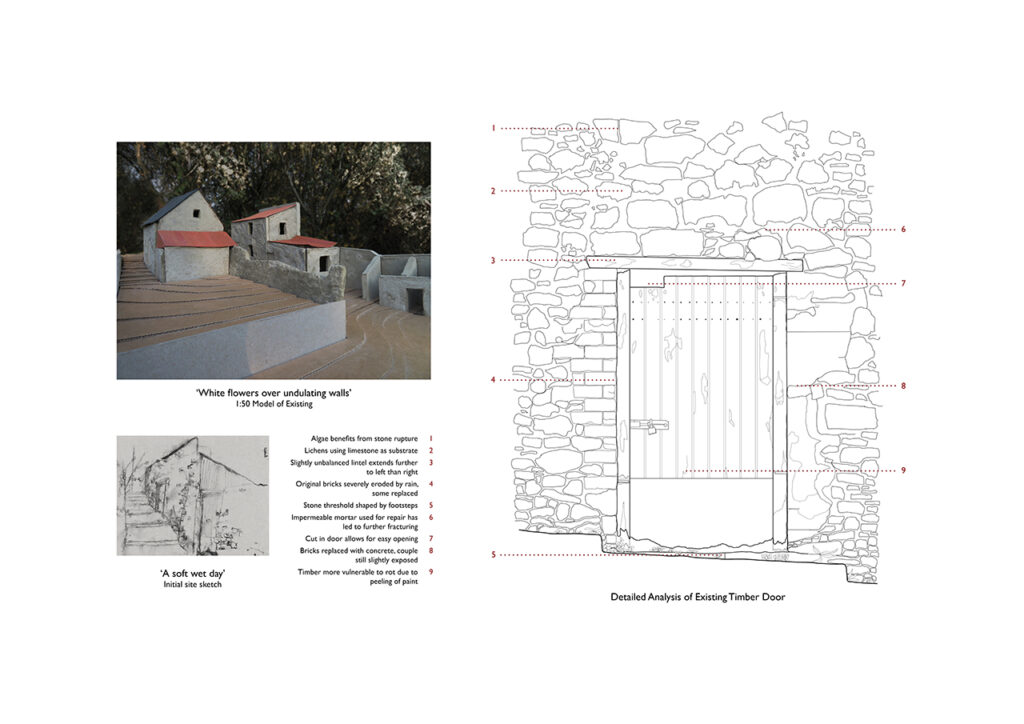 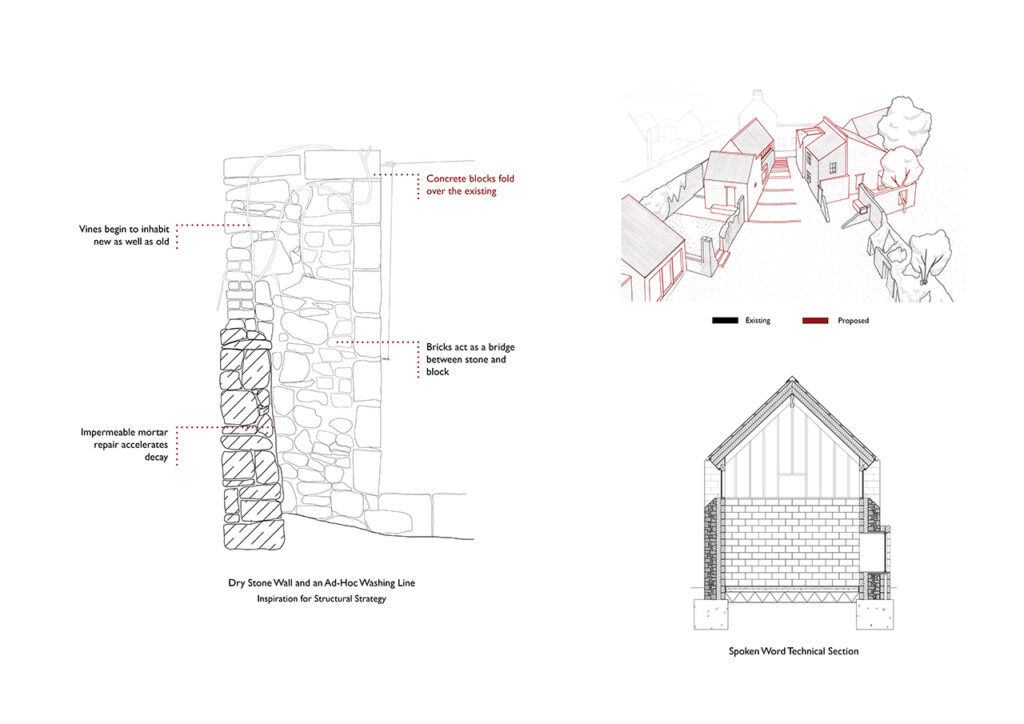 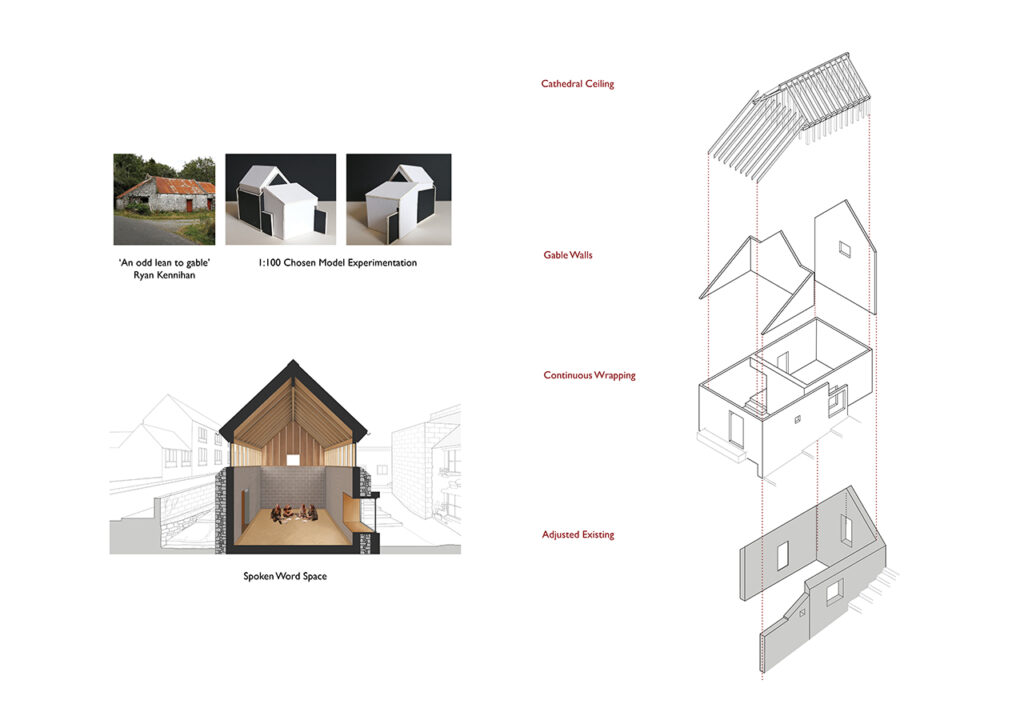 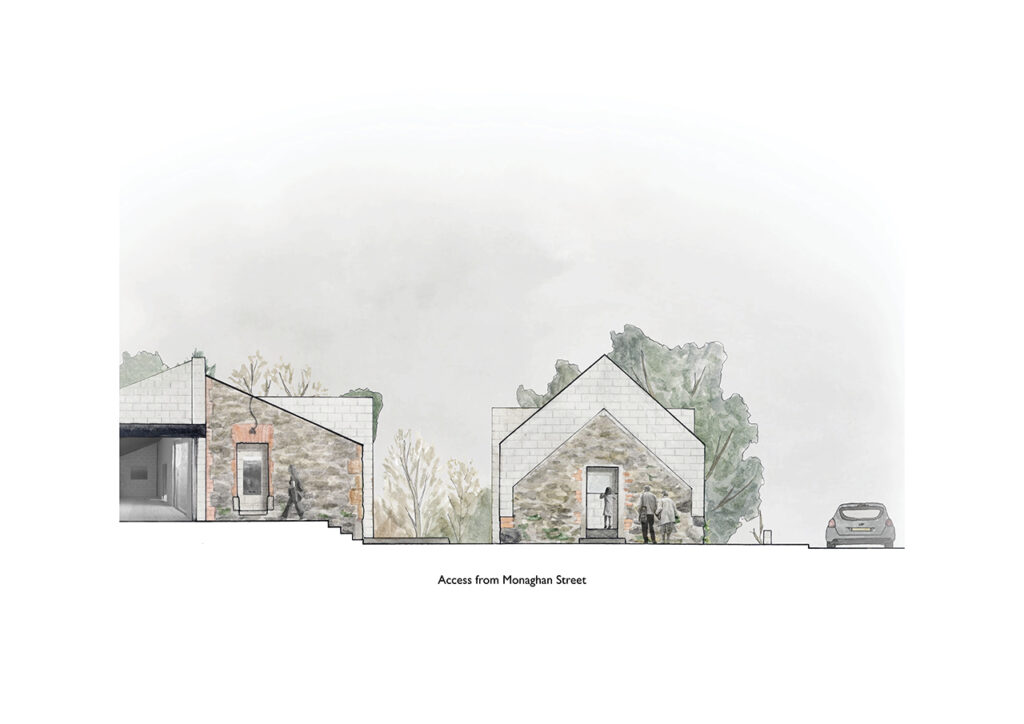 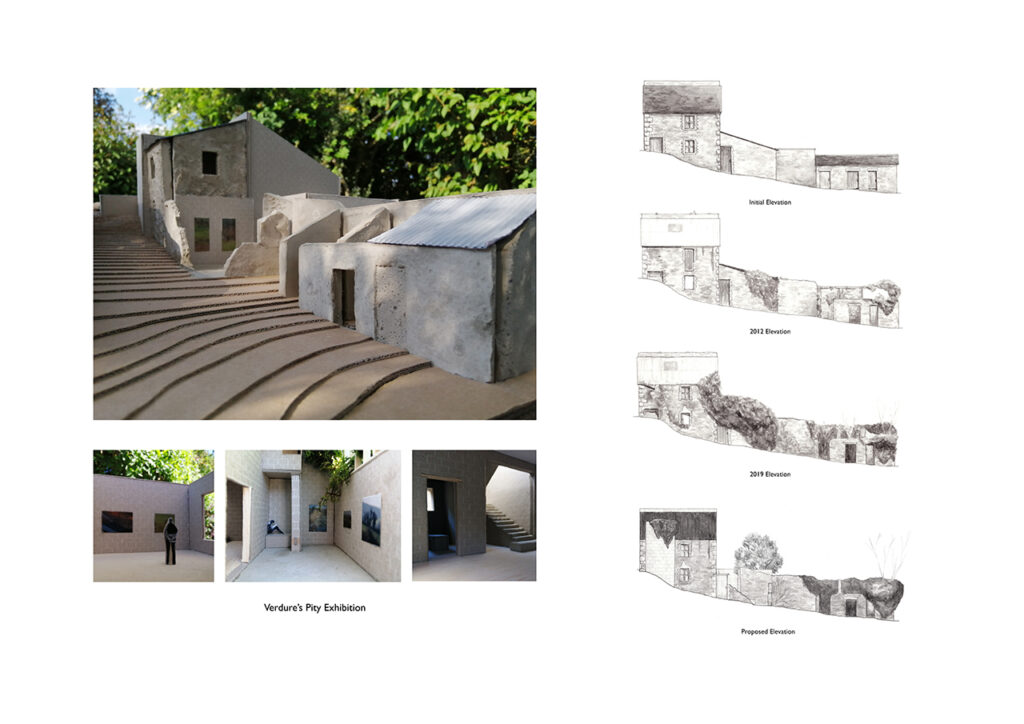