An ecologically conscious retreat in the Welsh hills.

Initial research reflects my interest in water and how it defines the UK on both ecological and cultural levels. This quickly diverged into two parallel studies: the fragility of moorland environments in the face of the climate crisis, and the ontological experience of being in water. Writer Roger Deakin states that in water “you are differently minded because you are differently bodied”. I explored this idea of transformation through the lens of liminality. While on a site visit to the Elan Valley, it became apparent that these ‘in between spaces’ were crucial to understanding the place. Hunkering down in the bracken, the underbelly of the landscape, was a subconscious reaction to being exposed to the elements. Analysis of this primitive act led to themes of protection, adaptation, and comfort.

Stone was identified as an oblique element in a landscape of horizons, promising a moment of rest, as well as a fulcrum to relate to. The effect of humanity, and climate change, on moorlands highlighted that the project must grow with the landscape and have a metabolism that reflects the fabric of the site. Consequently, locality was critical, prominently the use of local plantation timber, which created a framework of constraints. 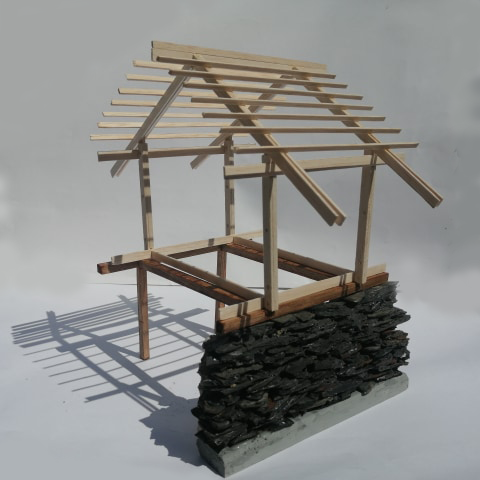 The Elan Valley is a place of intersection, overlapping, and coming-and-going. On the border of three ancient counties, on the axis of north and south, being straddled by an ancient by-way, and in modern times frequented by tourists. These hills represent the traveller’s journey. From this point the proposition of a place of refuge was formed. A retreat where the act of dwelling heals the landscape. 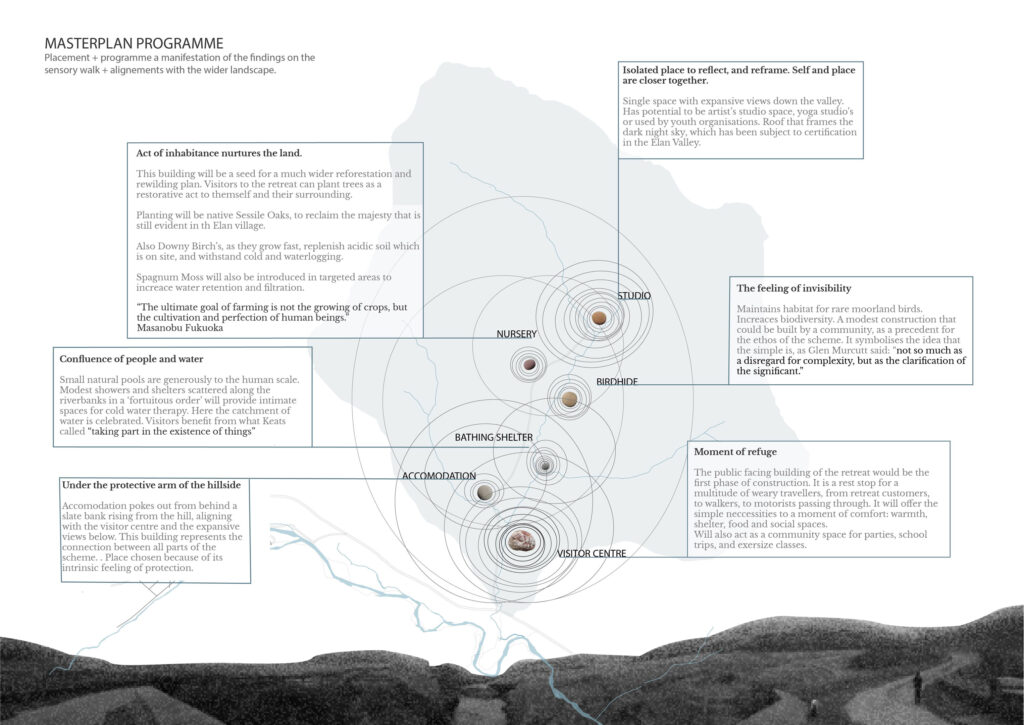 The project then focused on the first stage of the retreat scheme, a multi-functional visitor centre to symbolise a moment of refuge. Heidegger’s ‘bridge’ was instrumental in locating the building within the larger landscape. Japanese architecture informed on the possibility of a Conscious Asymmetry between geometric building and organic landscape. The project becomes a scale from which to measure ourselves, and the wider world.
Framing and gathering became the emphasis of the project. Primitive shelters like sheepfolds promoted a simple courtyard typology. As well as providing intrinsic security, the building captures a microcosm of the larger landscape. Framing and unfolding place. A winding approach that provides occasional glimpses of the building helps visitors understand the building and surrounding landscape.  The multiplicity of thresholds aims to create a liminal space of transformation and reflection. 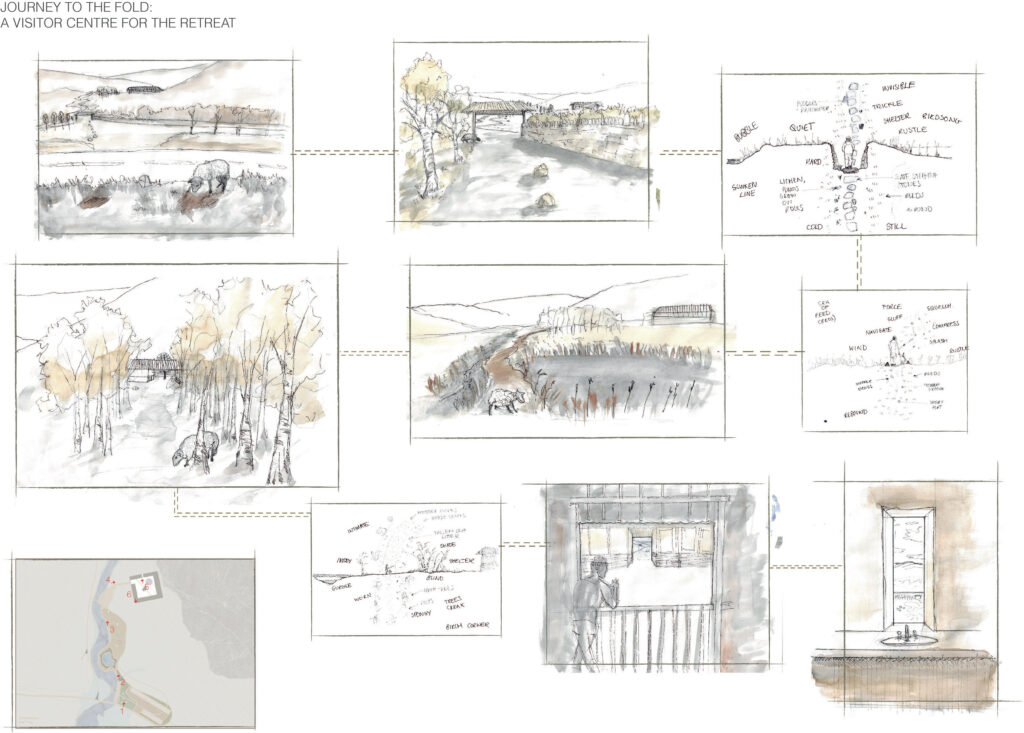 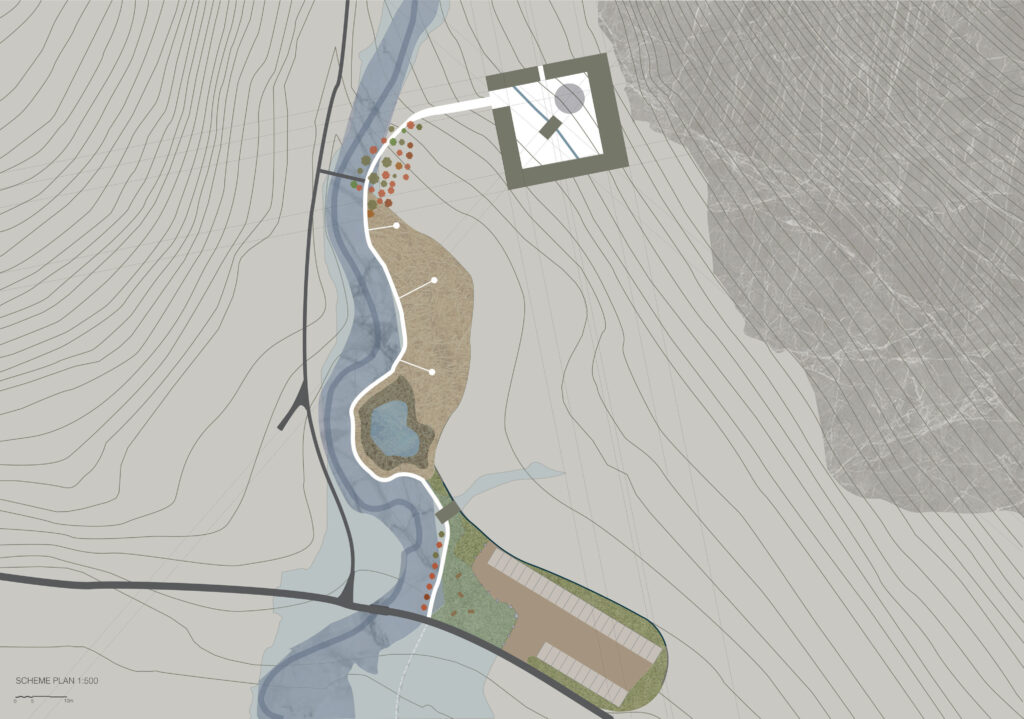 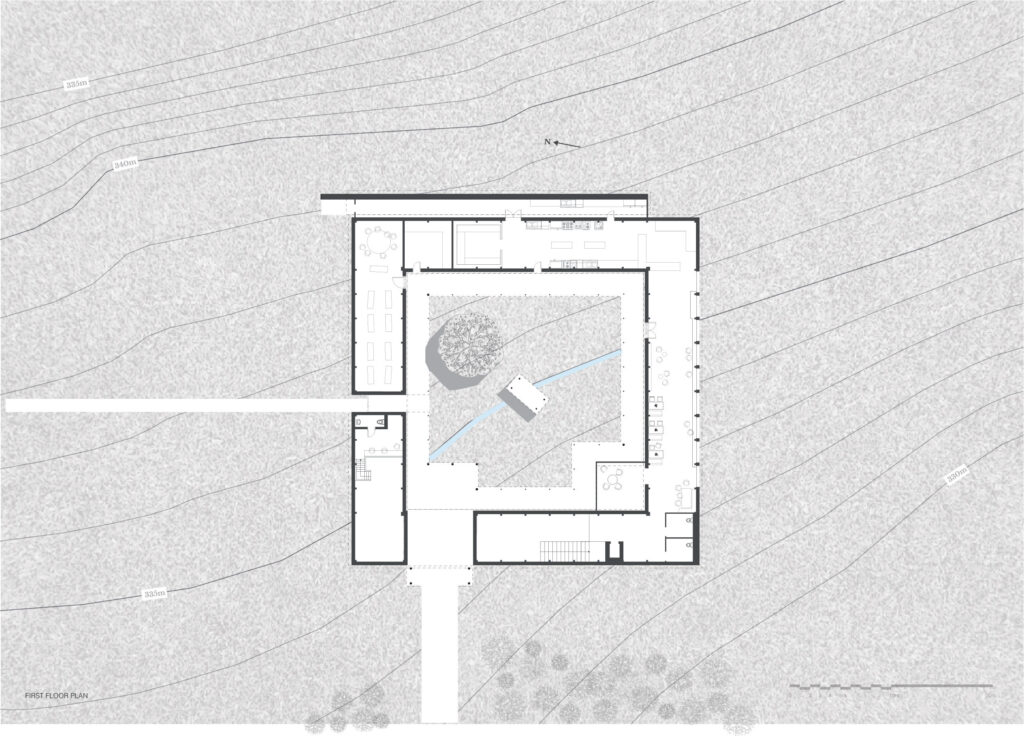 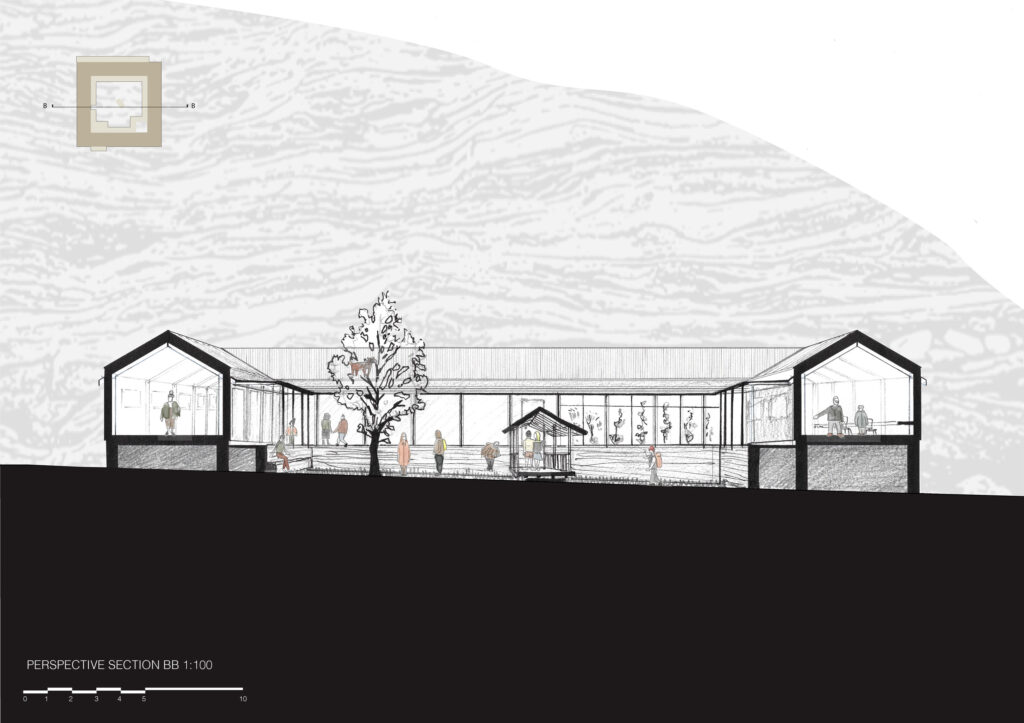