Whitchurch Studios serves to archive the derelict hospital site through the celebration of existing architecture, space and materials.

This project explores the archiving of place, including both physical architecture and the memories that are imbued. The first stage of this project involved the formation of a manifesto as a means of creating a methodology for archiving place; my manifesto revolves around the paradox of Trash and Treasure. This concept deems that anything, including objects, buildings and materials, can be perceived as a ‘trash’ and a ‘treasure’ during their timeline. Furthermore, these statuses are fluid and may change. In order to archive Whitchurch Hospital according to my methodology I first analysed the site’s trash and treasure timeline. Although Whitchurch began to deteriorate following its closure in 2016, some rooms within it have been used for filming television programmes. My proposal for the archiving of Whitchurch Hospital is to redesign it as a self-contained film studio, encompassing both purpose built studio spaces and a production office building whilst utilising the existing Victorian hospital as period filming locations. The masterplanning of a filming studio serves to foster the site’s next treasure potential whilst the demolished trash material has been used as a tool to archive the honest memories of Whitchurch, both good and bad. The design aspect of my project focuses on the production office building, which houses: offices, a workshop, education spaces and a cafeteria. 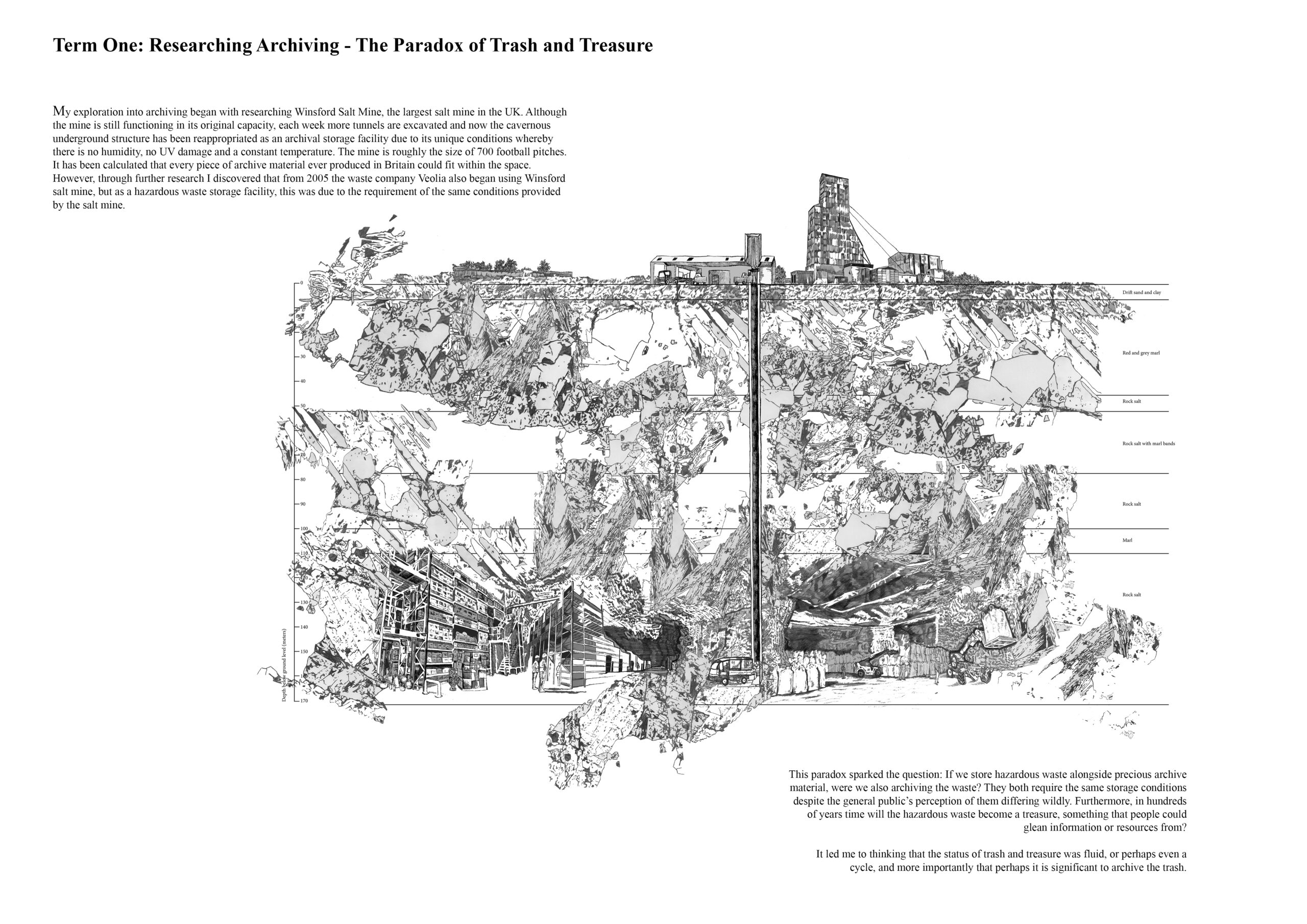 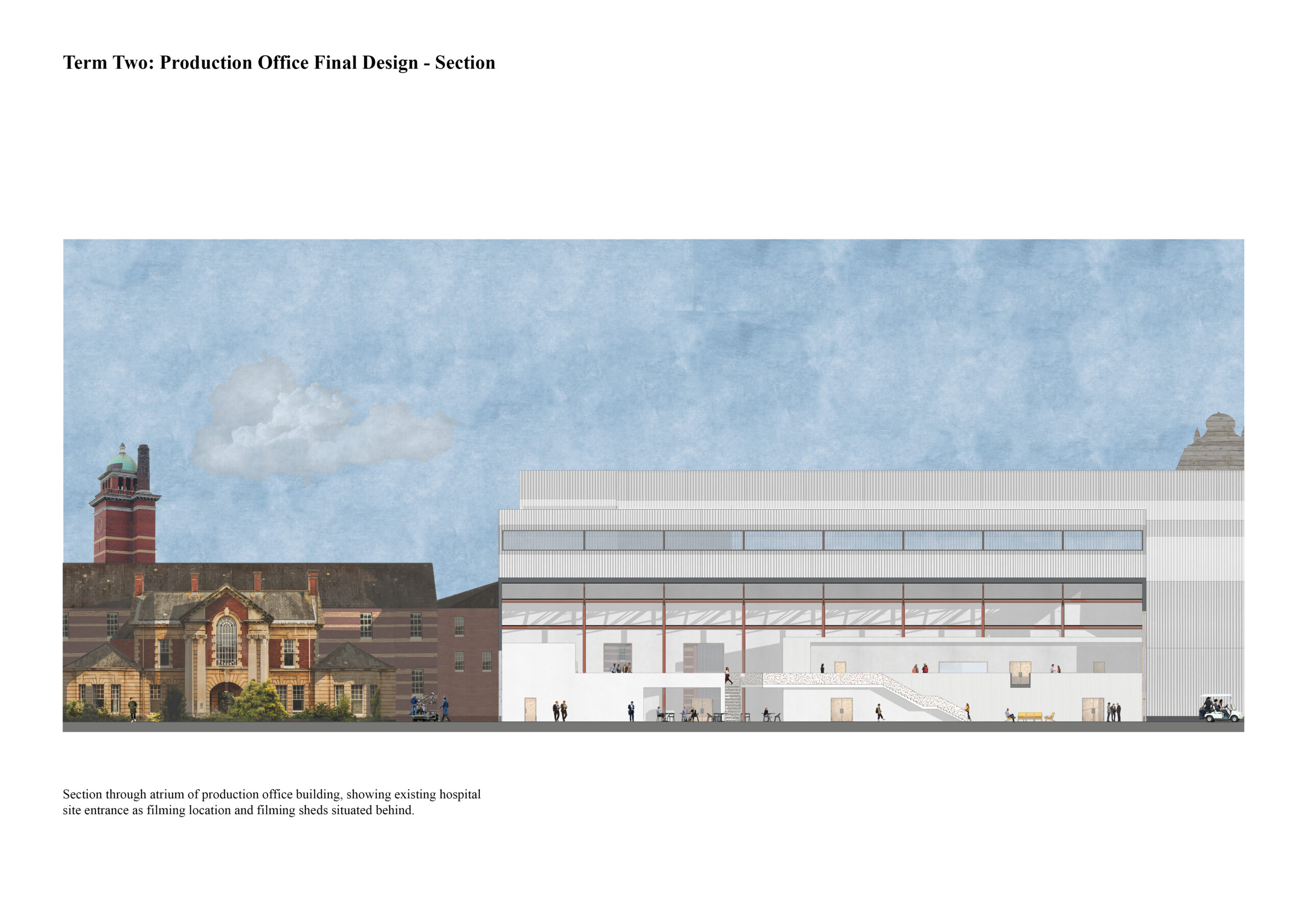