CONNECTION OF PAST AND PRESENT – LE UYEN MINH TRAN

I decided to use the concept “connection of the past to the present” because I see that’s the similarity between Zen practice and the site’s context. Zen practice needs to be able to connect people of the present to a practice that has existed for centuries. My site (Spike Island) has a long industrial past with its two fronts (Floating Harbour and River Avon) and it is important for people today to see the history of both fronts. Currently, the Floating Harbour side is more cared about while the River Avon side is somewhat forgotten.

The monks prefer the dojo to be mostly private spaces. In my design, I have two seperate buildings: one for publice activities and the other one for semi-public and private activities. The public one is newly built and the other one is a re-use of the existing red brick building.  Aside from providing a building where Zen and the public can interact, I also want to provide a new route through the site as a way to connect the Floating Harbour area with the River Avon area. On this new route, there’s a rock garden along the new stairs. People using this whole route can see what is going in both River Avon area and Floating Harbour area, connecting the history of Spike Island fully. 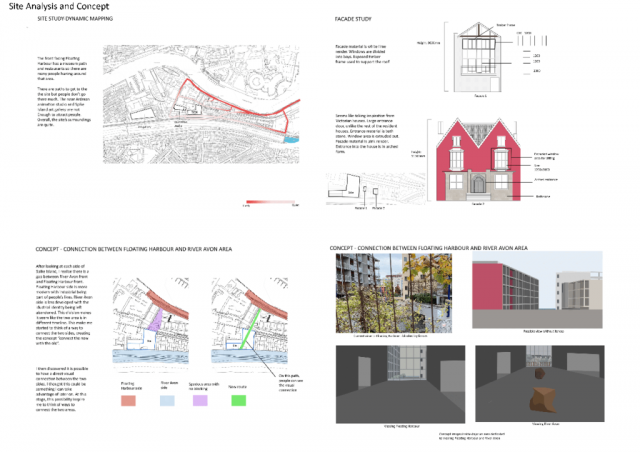 The construction of the new building is steel frame with brick cladding and a small portion of corten steel cladding because I want the exposed steel structure and corten cladding to show the industrial identity, following the concept. The façade design is based on the façade study of the residents’ houses I did. For the path design, I was inspired by the exposed natural rock of River Avon river bank when the water went down.

For the building dedicated to semi-new and long-time meditators, I want to re-use the existing red brick building on the site to preserve the history of the River Avon side.  I wanted to use red cedar timber for ceiling and floor cladding to follow the red tone colour of the building. For the design of the dojo room, the window design follows a rhythm used in the dojo. Privacy requirement is high here so I want to go with frosted glass instead. 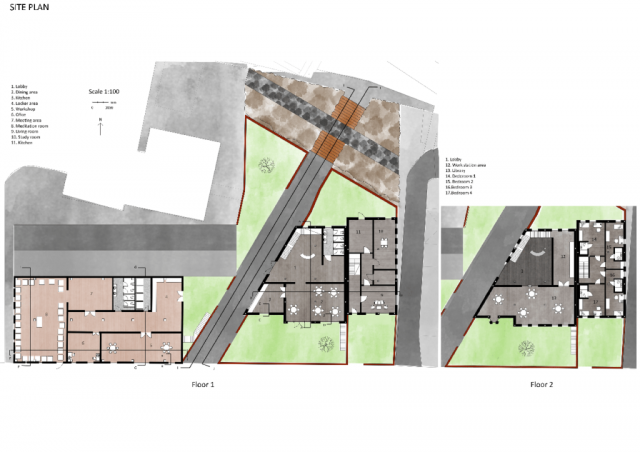 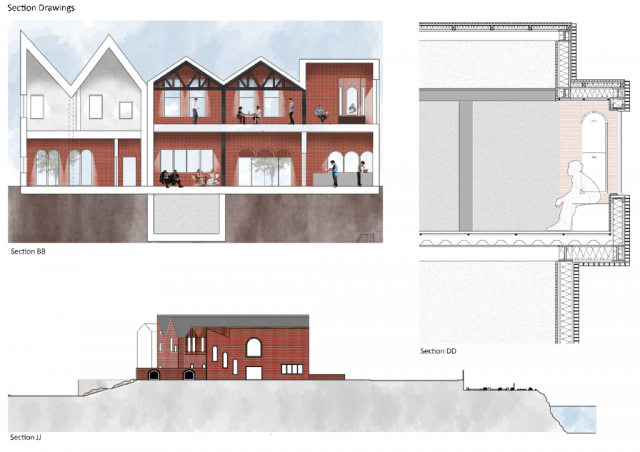 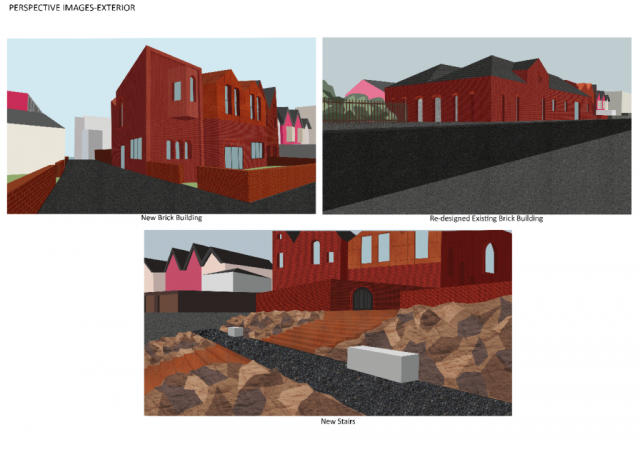