“Architecture is more to do with making frames than painting pictures, more a matter of providing an accompaniment to life than the dance itself. Certainly it is within the capacity of architecture to frame ‘pictures’ — as the rectangle of a window frames a view, or a doorway the figure of a person”.

This studio designed a contemporary art gallery. The programme for the facility focussed on spaces that create the ideal environment for the interaction of people, art and the specifics of the place in which they are situated.

The wider theme of this project was ‘framing’… exploring the idea that architecture is primarily a matter of framing life: people, objects, views, activities, sounds, moods… and making ‘places’ for them.

The ambition of this proposal was to create a journey of discovery: a reflective experience that reconnects the historical context of Llandaff’s cathedral to the freedom of the given site, through an almost forgotten path. It has been designed as a project that preserves the strong rural surroundings while creating a subtle environment for the art culture to thrive.

A journey of discovery through a series of threshold and frames

As an initial design task, I planned a series of interventions to delineate the path that runs from the cathedral to the site.
The interventions are either a threshold or a frame:

Threshold: A heavyweight, dominant element that users pass through. It sits in the land and expresses the route to the arts centre.

Threshold: A lightweight element that is cast over the land, framing the surroundings as well as the users on their journey.

The journey from the cathedral through a series of thresholds and frames continues as the user enters into the arts centre. The build-up of architectural density emphasises the journey taken by the user and the balanced sense of arrival into the gallery.

Users move through a sequence of galleries within the arts centre. They progress through framed spaces delineated by dominant walls, thresholds and a hierarchy of level changes. The spaces are open and flexible, they reflect the need for art to thrive and create an environment that importantly increases interaction between people and art.

Llandaff Cathedral is where the users start their journey. They initiate their journey by following the set interventions towards the site.

The users arrive at the main pedestrian entrance, a dominant threshold that delineates both the entrance and exit route while framing the gallery spaces in the background.

After passing through the entrance threshold, the users are met by a direct view of the permanent gallery entrance. As they follow the journey set by the positioned thresholds, they pass by the initial permanent art pieces and through the temporary gallery spaces

Coming out of the temporary gallery, the users walk into the open courtyard. The paths delineated provides easy access to the studio and third space, as well as leads to the permanent gallery entrance, framed by the dominant wall.

Entering the lower gallery, the users are met with the heavyweight dominant wall that clearly delineates the route through the gallery, while effectively framing the other permanent art pieces of the gallery.

With the dominant wall clearly delineating the route, the users are framed as they arrive at the open lower level third space. With café seating, a cosy window seat and easy access to the outdoor courtyard, this is a flexible and free space designed to be the ideal environment for interaction.

As the user follows the diverted exit route, they are given a final framed view of the cathedral by the entrance intervention, immediately strengthening the historic connection and the overall sense of journey as they move through the final threshold. 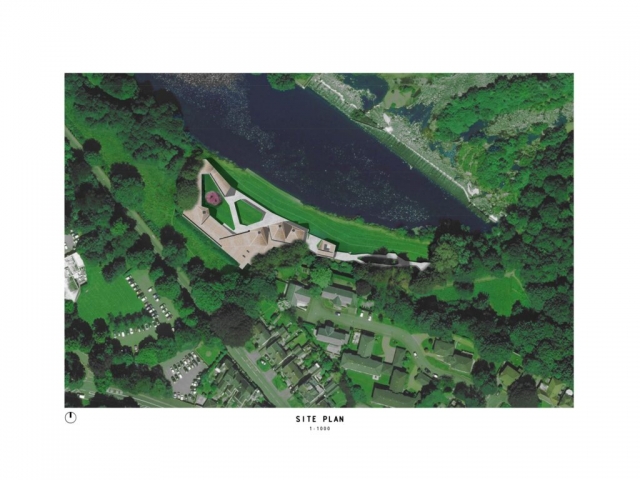 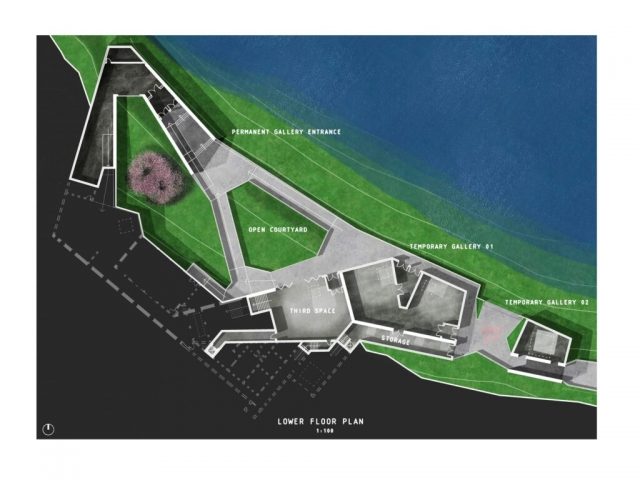 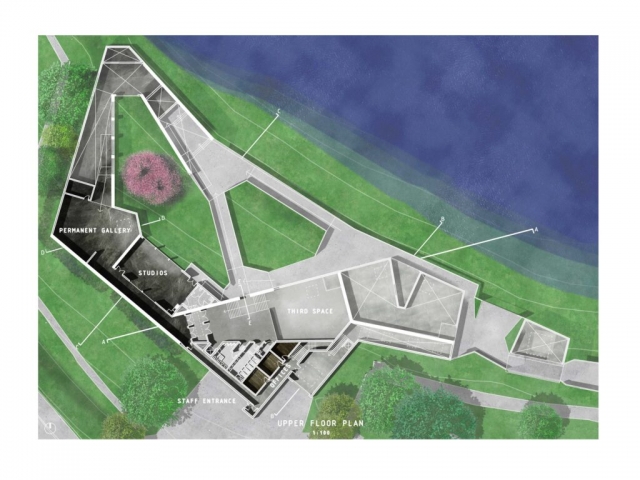 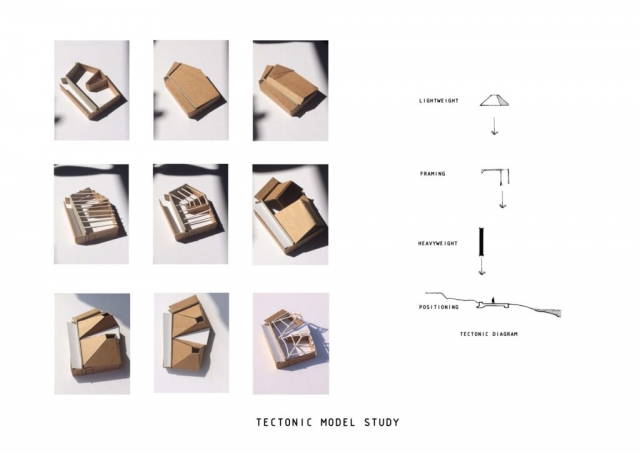 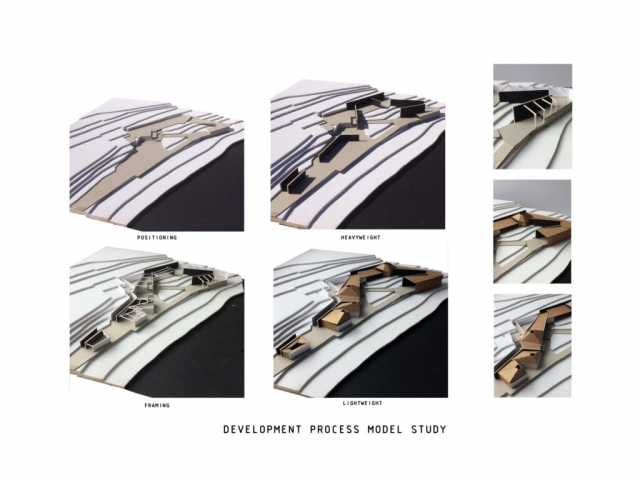 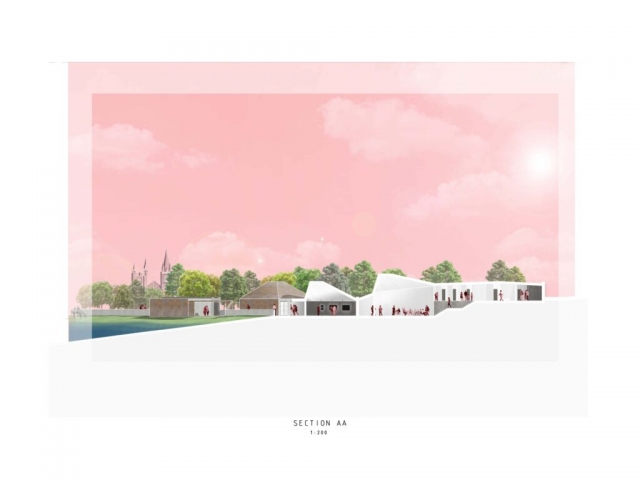 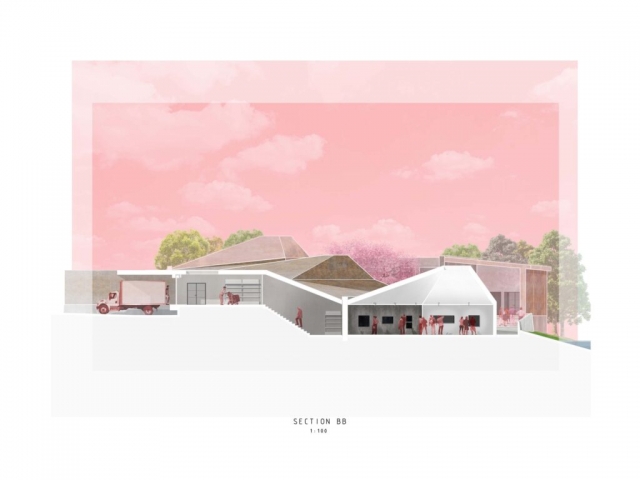 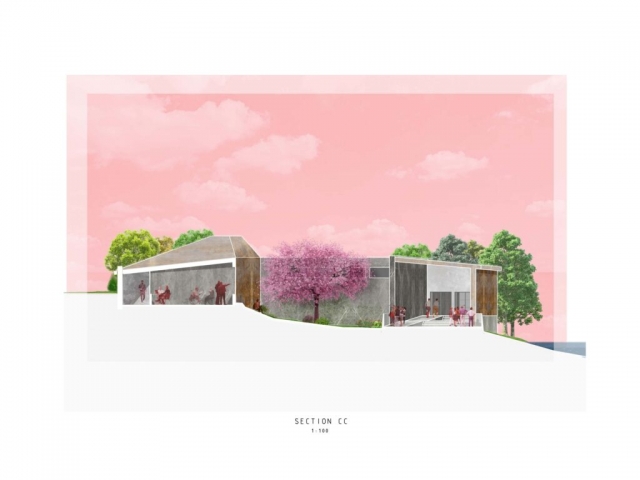 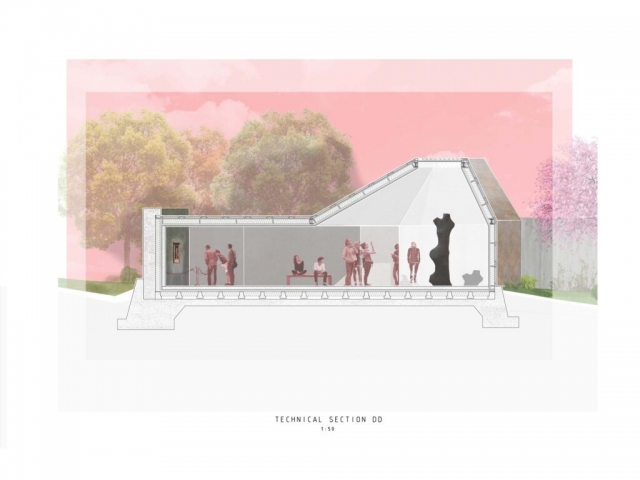 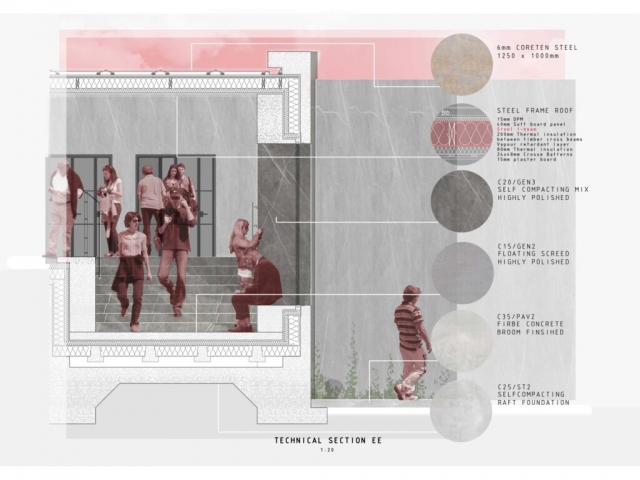