Standing as the utmost representation of the urban decay of a town calling for rejuvenation, Margate fits perfectly in the pattern of former seaside resorts in the United Kingdom; As tourism shifts towards rather exotic destinations, coastal settlements become excluded from this new, modern field of view, succumbing to inevitable oblivion and dismay.

The proposed response to the crisis the seaside town is currently experiencing is the regeneration of Margate which solely relies on a sense of authenticity – something that is currently lacking. As previously the only successful industry has been tourism, the town gradually lost touch with its inhabitants and failed to develop itself through its own people rather than for a targeted audience.
There is an evolving film interest developing in Margate, as it is more and more often chosen as a location for film sets. However, what Margate is missing is the industry behind the interest.

My scheme lays out a plan to insert the film industry in the heart of Cliftonville – a famous Margate neighbourhood and one of the most explicit portrayal of the town’s problematic social context. The specific site of the intervention is located in between the Pettman Building Depository, now the residence of Resort Studios (a group of artists, local and relocated in Margate) and 14th Dalby Road, a representative terrace of the residential
architecture originating in the Victorian era. The site offers great opportunity of emphasising juxtapositions, as it is placed itself at the frontier between residential and public zones. Based on the principles of production and result, it is expressed both in layout and though architectural elements. The scheme is split in three parts:

A FILM PRODUCTION STUDIO – the key element in the industry apparatus. Aimed at integrating the local community, it provides job opportunities for people to initially act as extras in the on-going film productions. The foundations for connections between professionals and the less experienced are therefore laid out.

A CINEMATOGRAPHERS’ INSTITUTE – an administrative space and representation of the rapidly developing local artistic scene that currently struggles to find official recognition.

A CINEMA – the final product in the maintenance cycle showcased by my scheme. It targets visitors, attempting to shift the tourist gaze more towards new local developments and the soon-to-be authentic Margate.

All elements are joined through different means of circulation. The massing layout of three different volumes expresses the institutionalisation deeply installed within Margate, as target groups are usually addressed separately (the locals, the professionals, the tourists). However, through programme and nature of activity, the three social entities are united with one another and merge into one single mass, transformed by the cinematic space. They are able to witness a town rising from ashes, now flourishing through its own people and new-found authenticity. 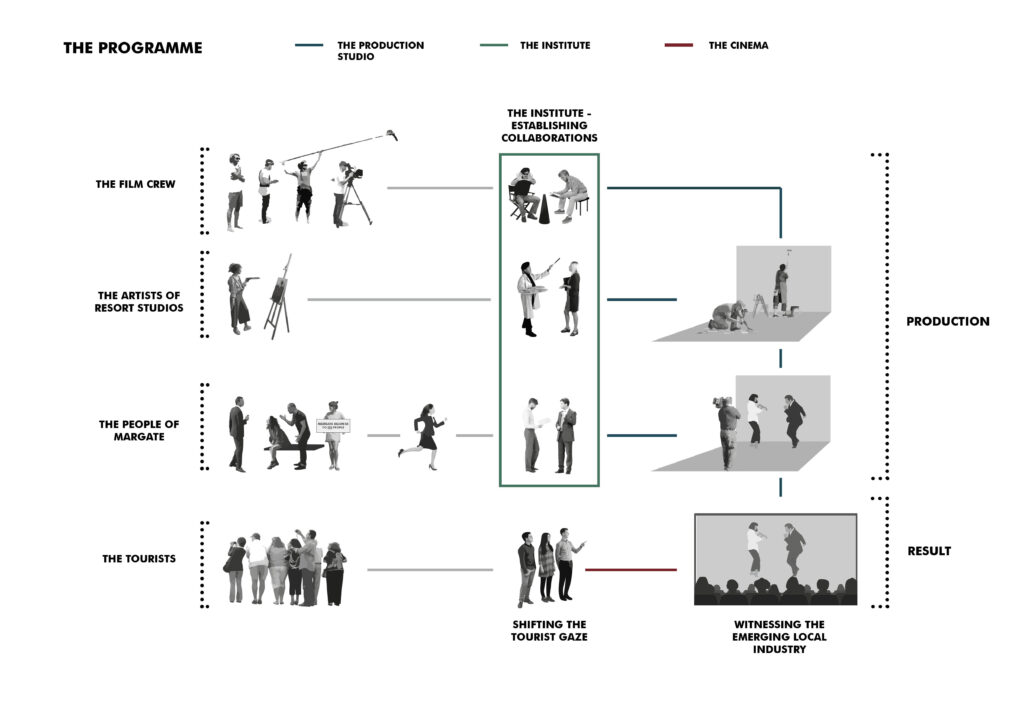 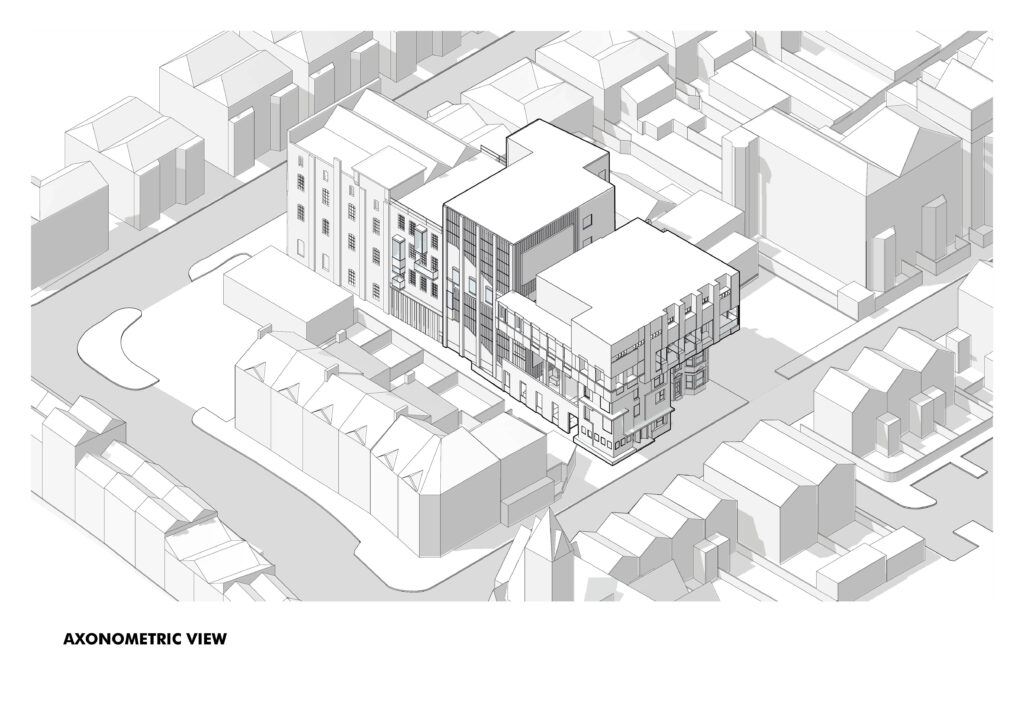 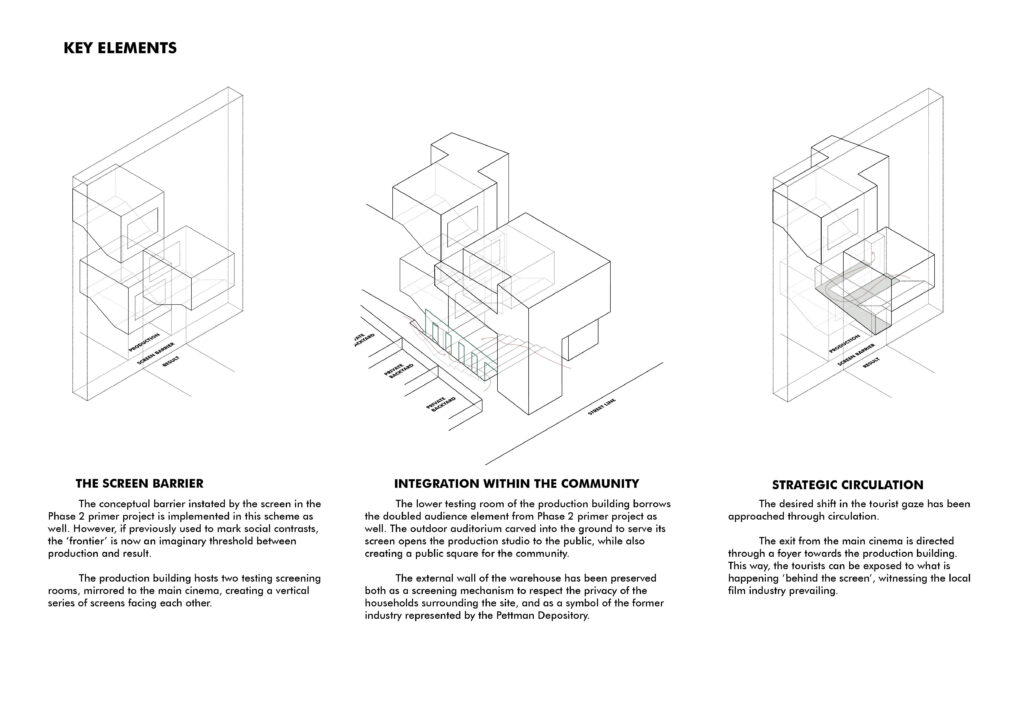 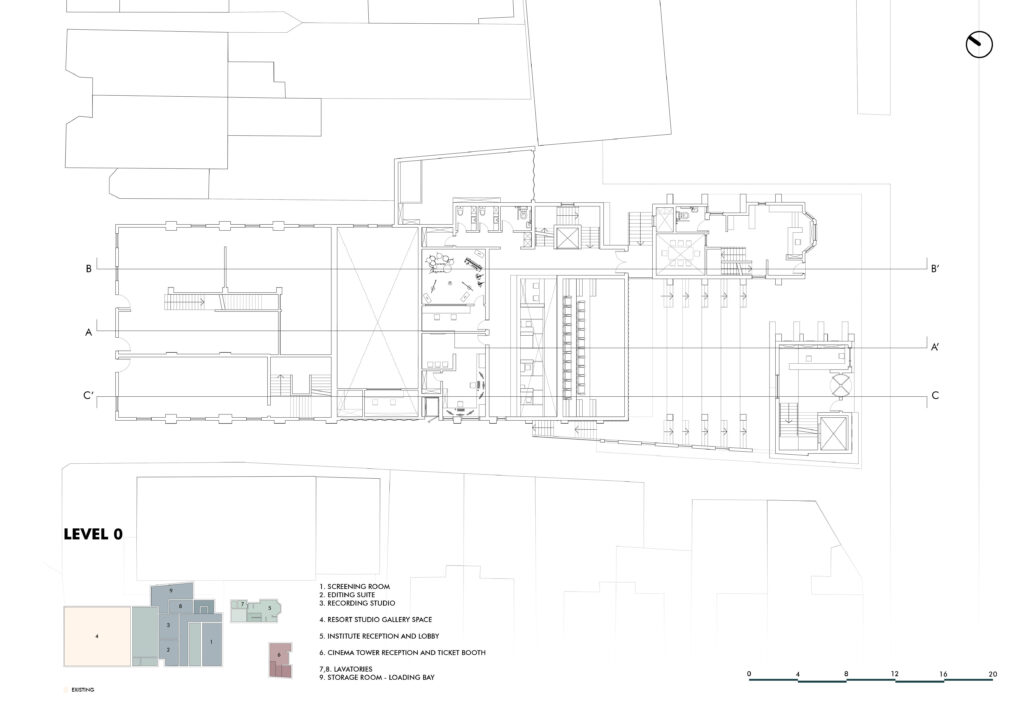 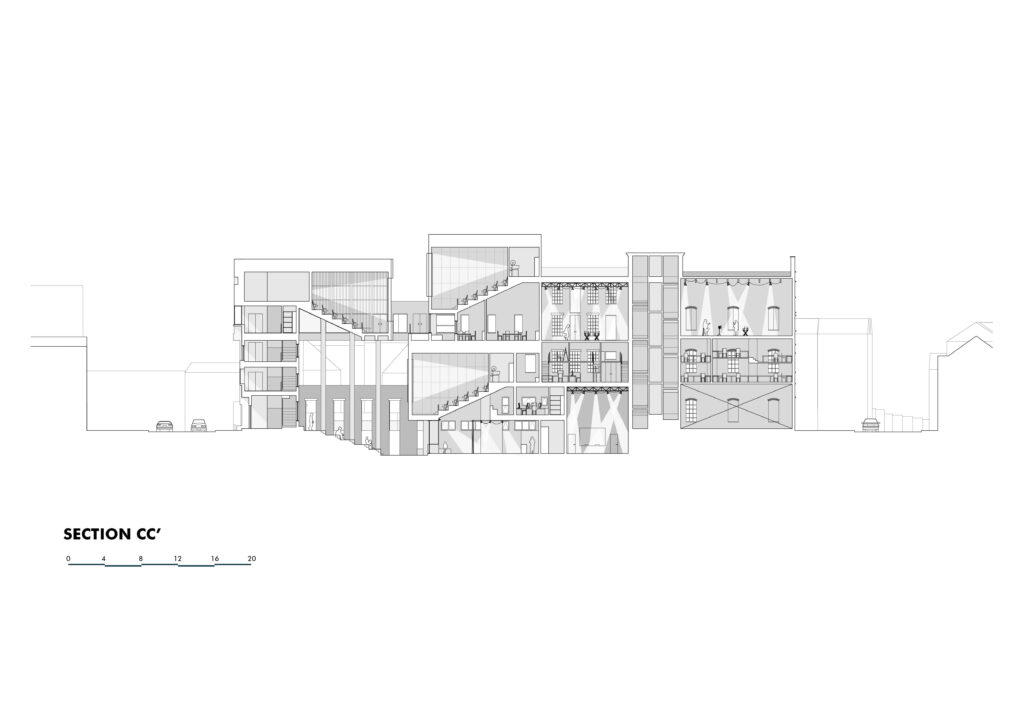 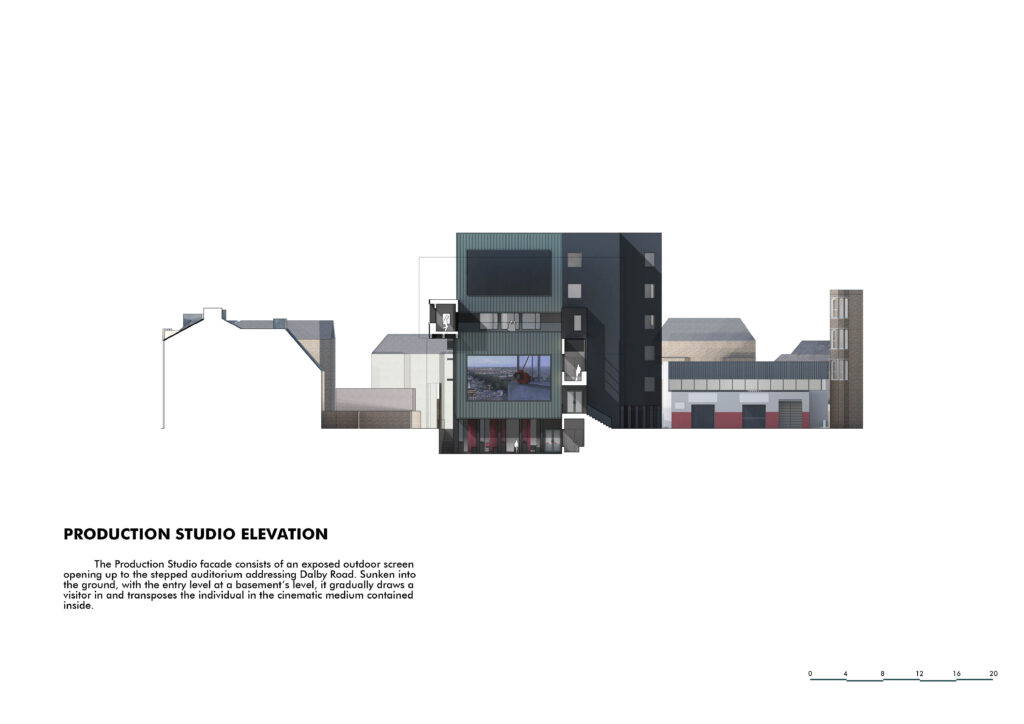 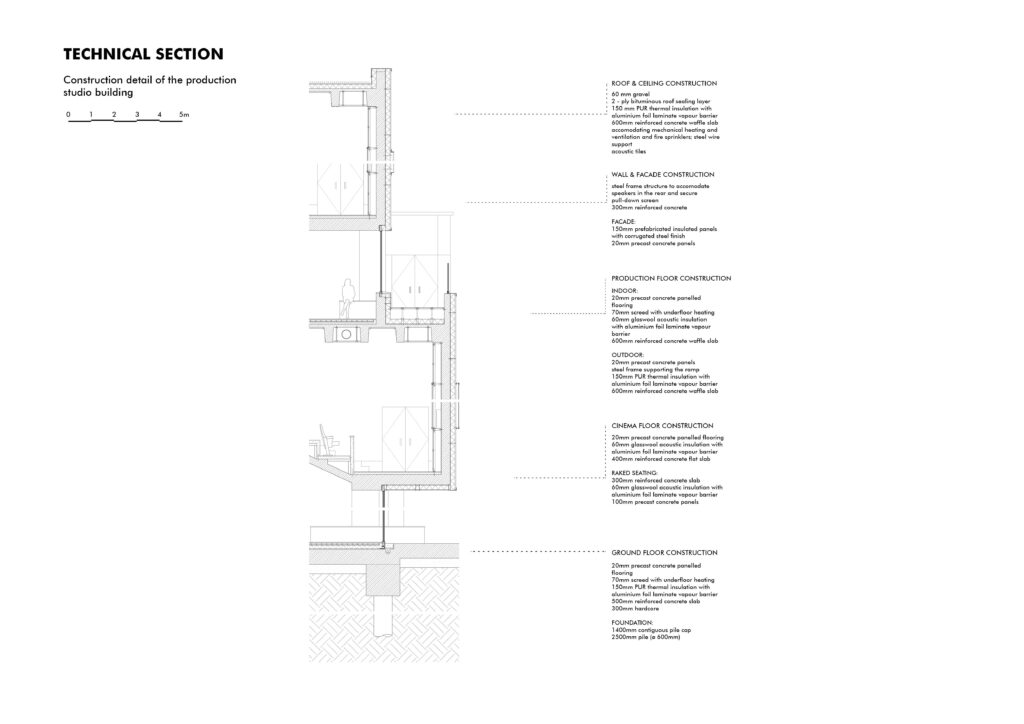