Presenting the traveller with a peculiar theatrically,  the site arises the need of a reconciliation, both architecturally and dialectically. Adapting Heidegger’s notion of ‘da-sein’*, the new theatre and writing complex find its roots within the  old monastic site of St Tierghernach Abbey within Clones, the alter(n)ation of the found site starting unfold around the open hearth walls, which are identified as the sole element of architectural coherence among the buildings on site.

Thus, the ‘found’ theatrical absurdity of the site is being explored and transformed into an experimental form of theatre that seeks to engage both the spectator, the actor and the writer simultaneously. Working on the principle of antithesis, the new theatrical assembly internalises the elements of the performative (the theatre)  while visually externalising the elements of the non-performative (rehearsal rooms, facilities, backstage, writing process).

With the addition of an architectural plastique, the spectators are given an alternative route to the street that exposes them to both the acting, rehearsal and writing process sequentially. Moving across the whole site, the oak cloister structure, non-performative in its function, allows the public to be integrated within the intrinsic forms of theatre making while bringing the abbey ruin into a new architectural dialogue.

The proposal, therefore, talks  about an architectural reconciliation of an absurd  arrangement. It  concerns with re-instating  the theatrical beauty and domestic complexity of Clones, allowing each passer-by to become part of a daily theatre experience while offering a venue for both actors and writers to find inspiration and inspire.The new theatrical assembly starts to infuse a new rhythm and engagement within Clones,  bringing it closer  to a new form of existence – theatrical, open, boundless. 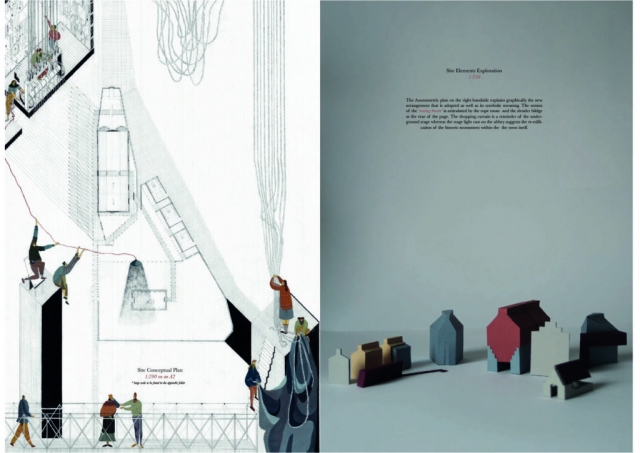 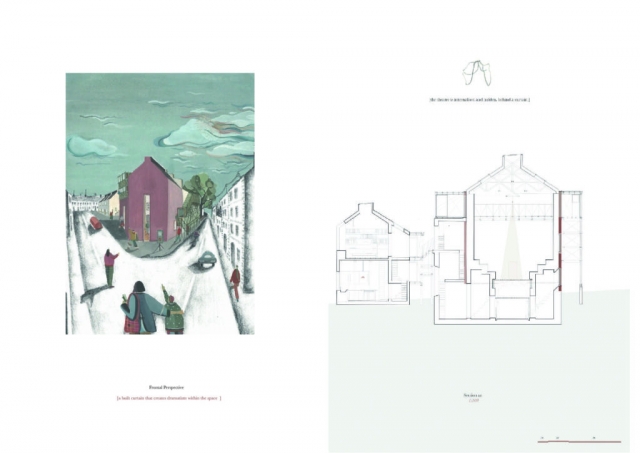 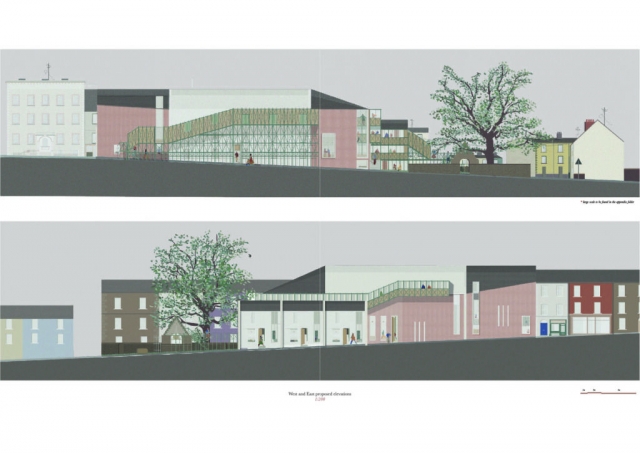 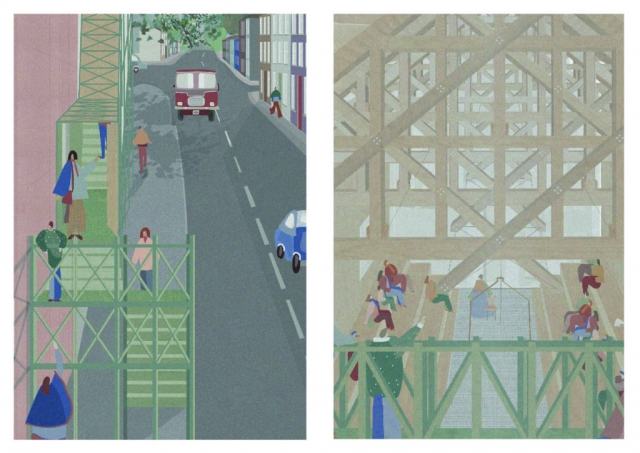