There is a clear need in Margate to assist the generations at the peripheries. Both young and old have a dependency on others for care, learning and most importantly, companionship.

The proposed scheme aims to bring together the two seemingly divided demographics through an educational civic intervention to resolve two keys issues simultaneously.

Issue A) Margate has high illiteracy rates compared to the national average, many cases stem from an absence of fundamental skills when entering primary school.

Issue B) Across the UK, and in Margate, the population is aging. This demographic faces challenges concerning predominantly accessibility, health, and loneliness.

The chosen site, Dalby Square, lends itself to a scheme focusing on duality as it deals with the contrast between land/sea and commerce/residence. To add, a recent project in Dalby Square saw the completion of a house designed to accommodate all generations of a family co-residing together.

The site has strong historical links to education and so there is sense in reinstating it as a place of educational importance.

The project follows a simple strategy that comprises spaces for the elderly, spaces for the young and a vertical circulation tower at the top of which sits a shared hall/auditorium space for the use of both generations.

The site deals with the intersection of two prominent axis from the adjacent streets and buildings. These were used to define a strict site boundary. Dimensions, taken from the bay windows of neighbouring terraced houses, were applied across the site to determine a grid-like layout.

The scheme also utilises an existing ramp – this arose when considering how the two generations might approach the building differently. It was decided upon that the ramp would primarily be for older users and the stairs for the young. This emphasis on circulation and approach has been extended into the circulatory tower – exploring how the extended ramp and stairs interact with each other in their ascent. This theme of approach and circulation has been a thread that has run through all design projects this year.

A series of light wells and exterior courtyards allow for both visual and audible connections between floors and occupants whilst enabling the deepest parts of the building to be naturally lit.

The scheme includes educational facilities such as classrooms, reading rooms and computer suites as well as leisure facilities like lounges, playrooms and kitchens. Most importantly, the scheme is home to a hall/auditorium space that is for the use of both generations simultaneously. 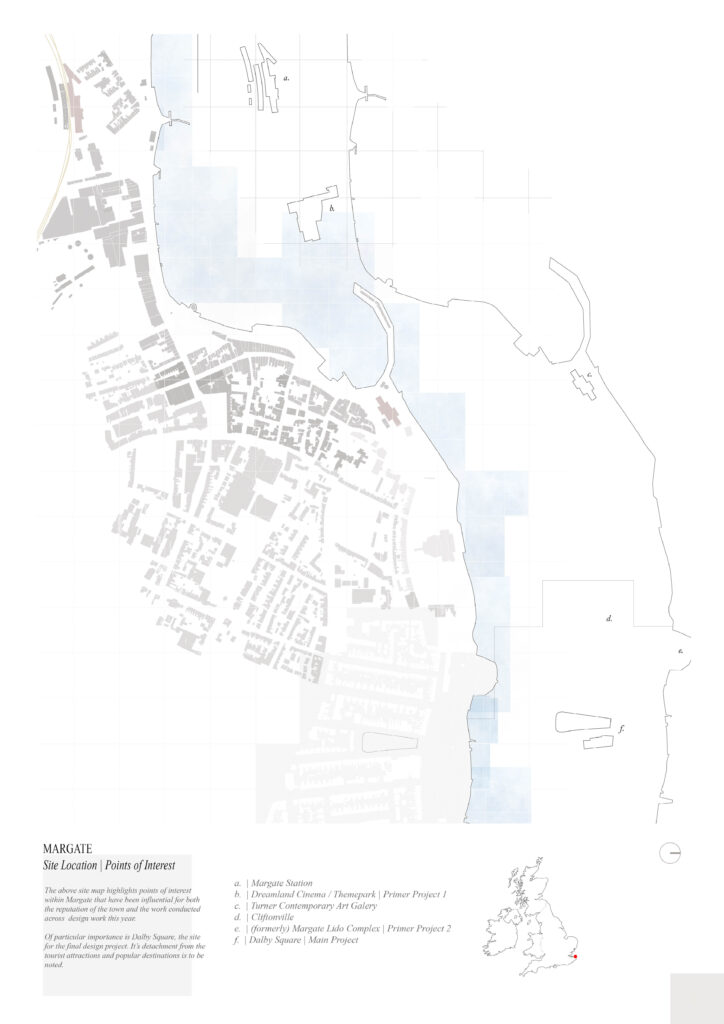 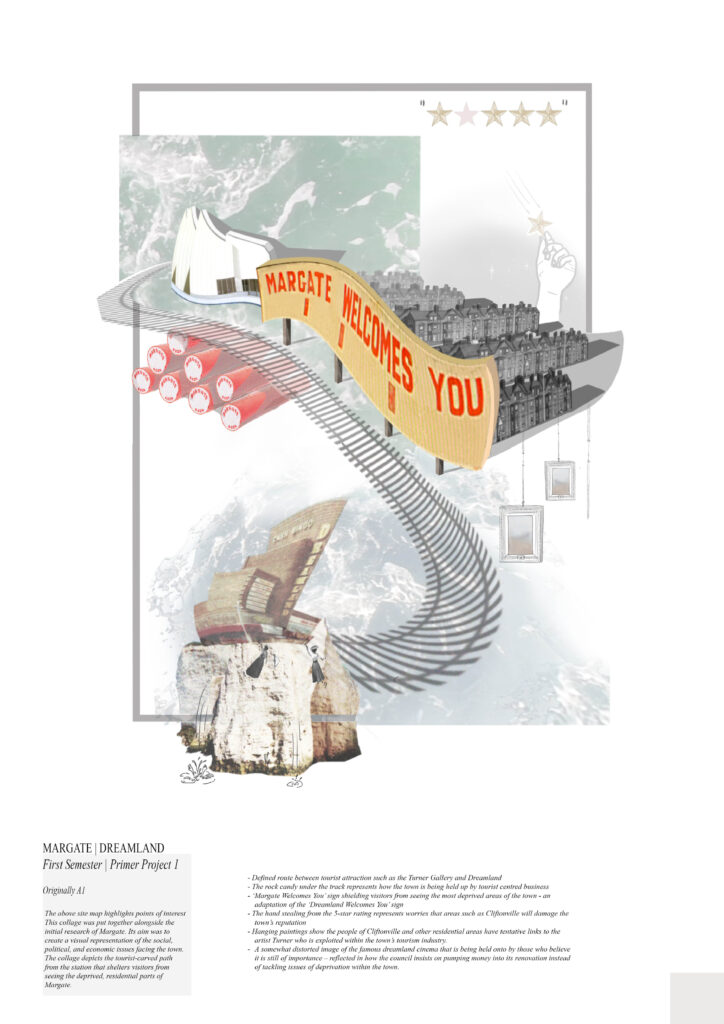 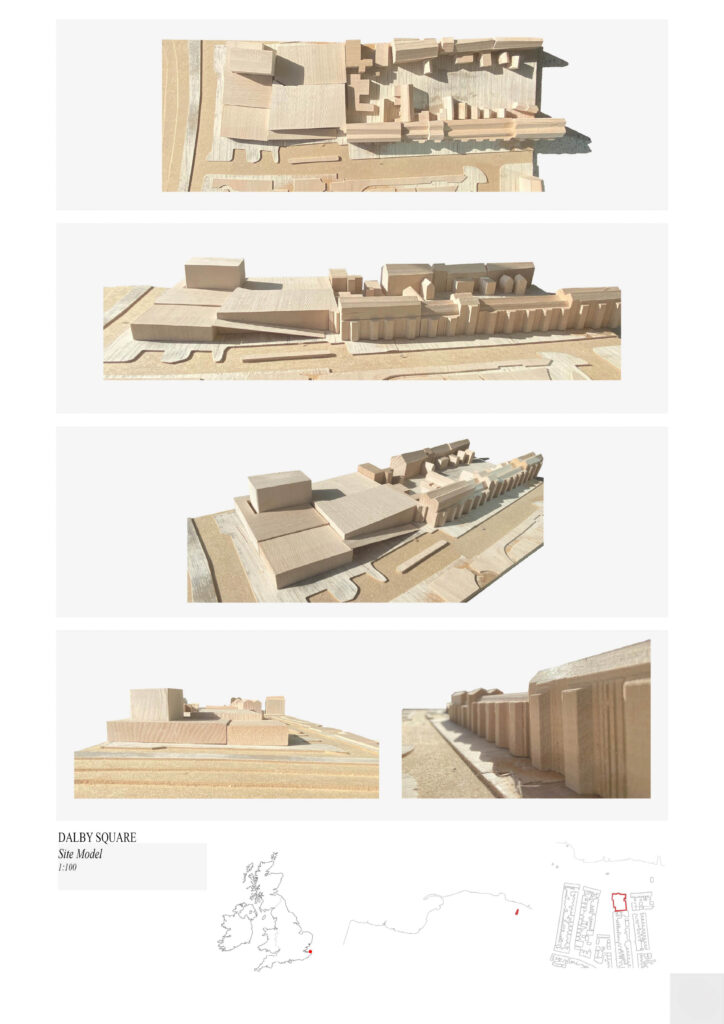 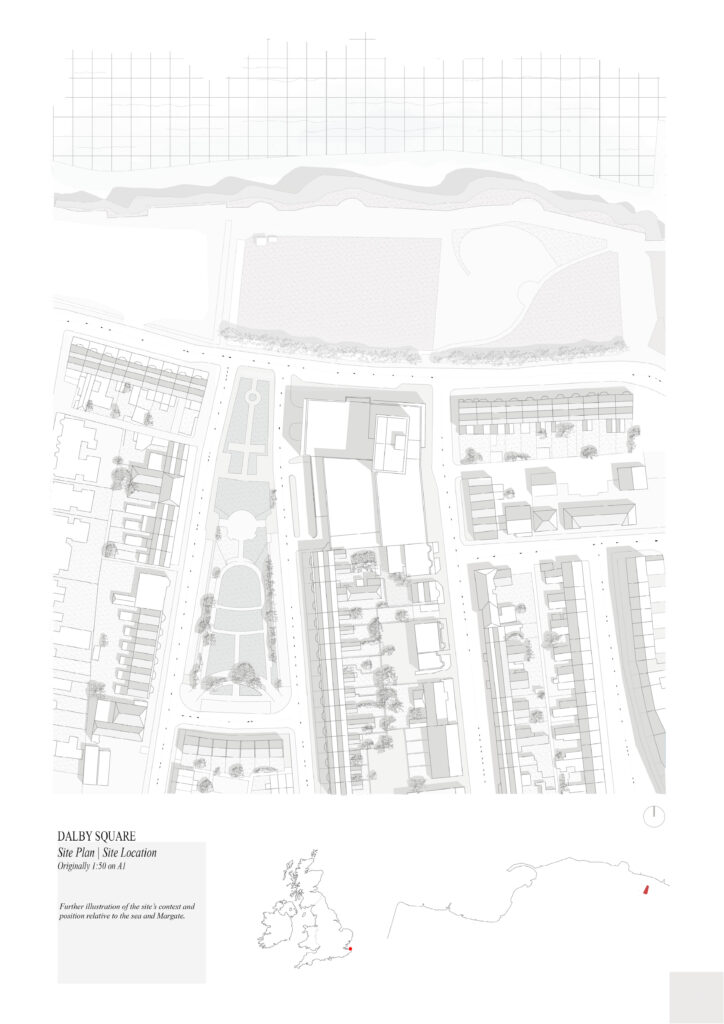 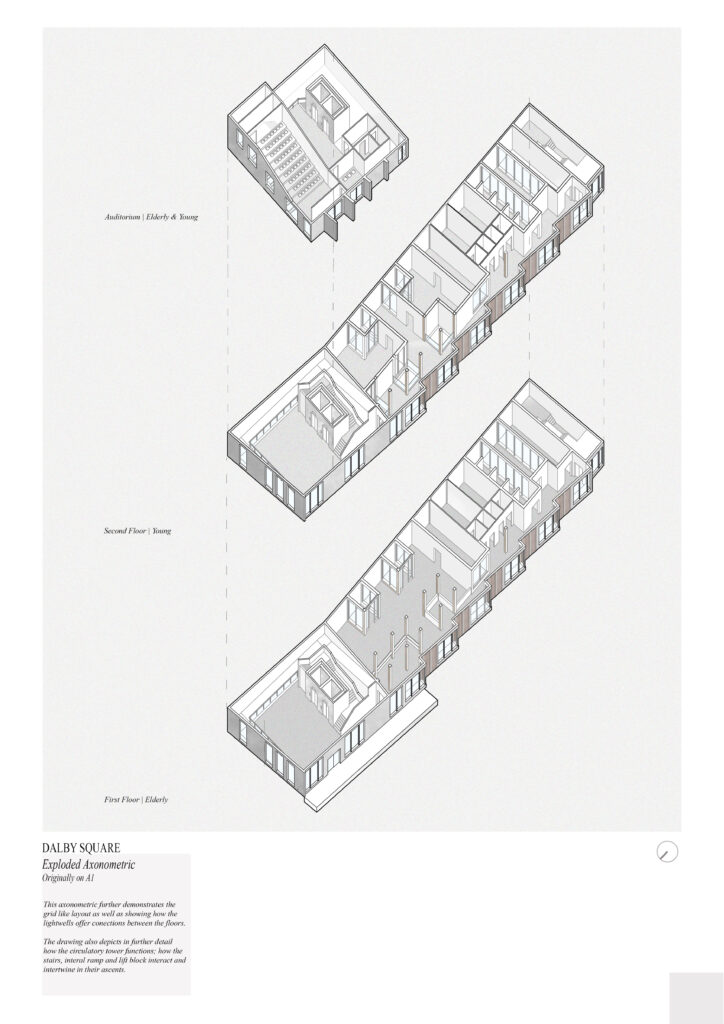 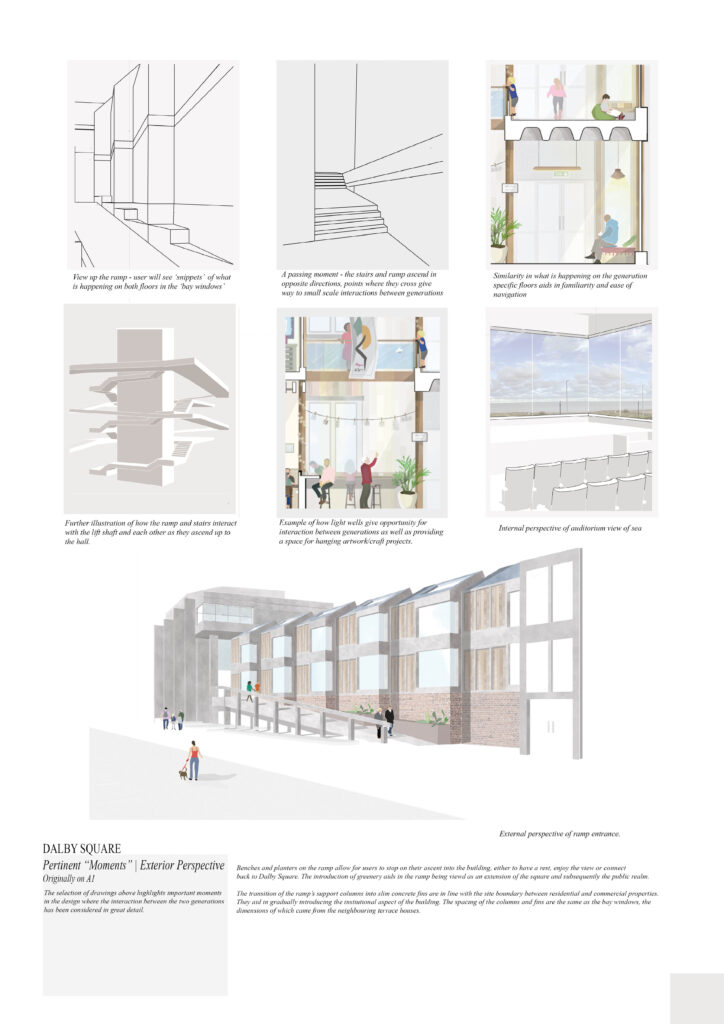