Bringing awareness and helping to provide domestic abuse support in rural communities, which is currently under-reported and under-serviced.

“Rurality is used as a weapon to facilitate abuse and it physically and mentally isolates victims due to lack of support and services, and while incident rates are the same in rural and urban areas, rural reporting rates are roughly half that of urban ones, highlighting distortional support and awareness. The proposal originates as a research-informed experimental project aimed to either help prevent or bring attention to issues associated with rural isolation and in this case, domestic abuse in rural settlements. The project is an incorporation of a domestic abuse refuge center within the village Fochriw’s community center. The idea behind it is that by changing the model of a usual domestic abuse refuge (usually city-based and hidden)  and socially and visibly centering it in the ‘heart’ of the village and combining it with Fochriw’s main social spaces, could help bring much-needed awareness to the ‘hidden’ issue.”

By incorporating the typically vastly different building types into one scheme, it allows those staying in the refuge to incorporate themselves into village life, activities, and services provided by a community center, in a slowly integrated way without seemingly making a big jump back into a new version of normality. 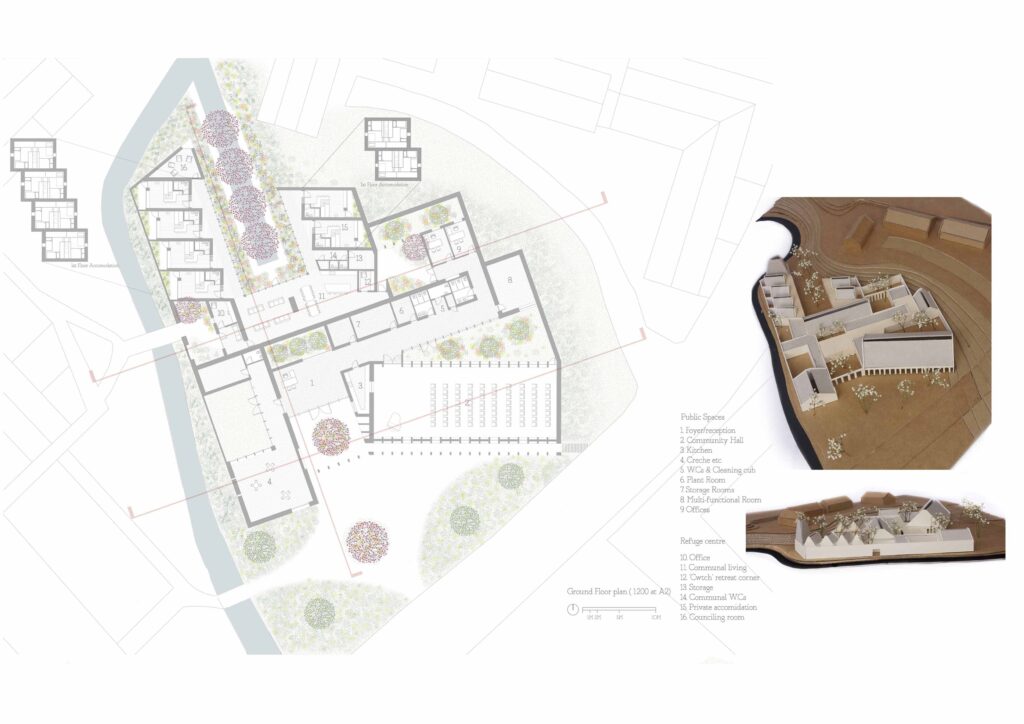 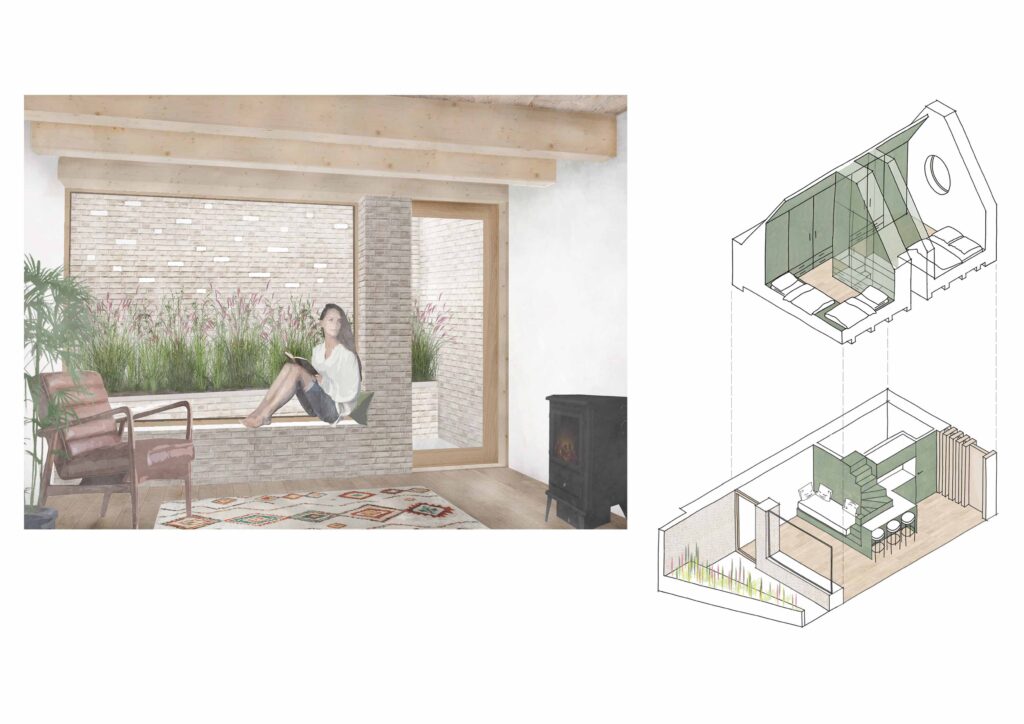 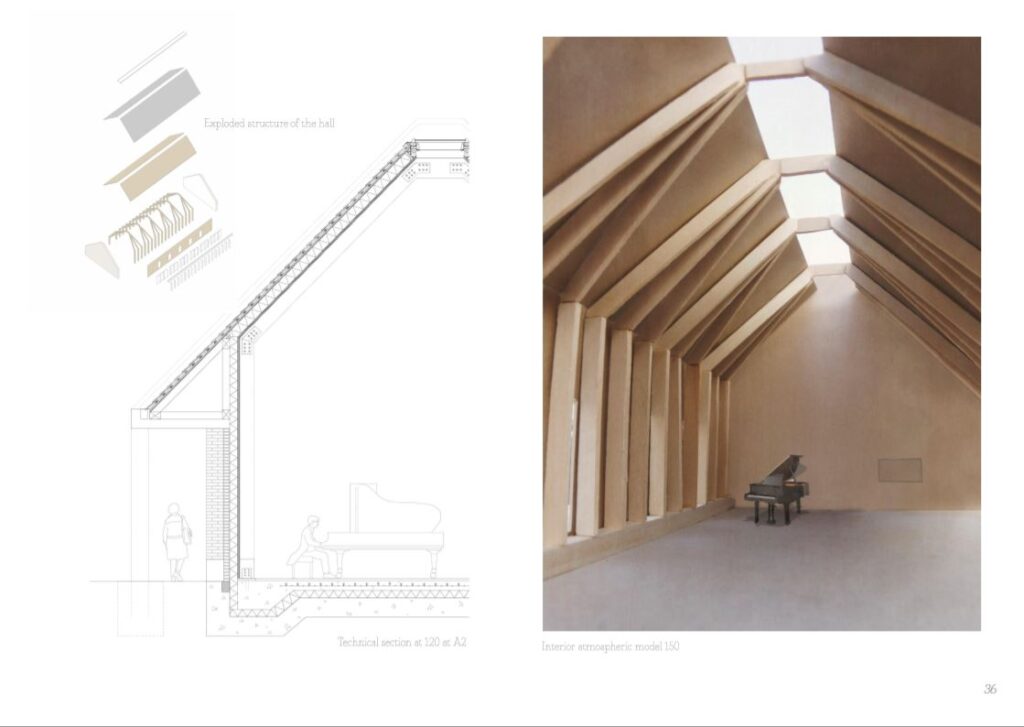 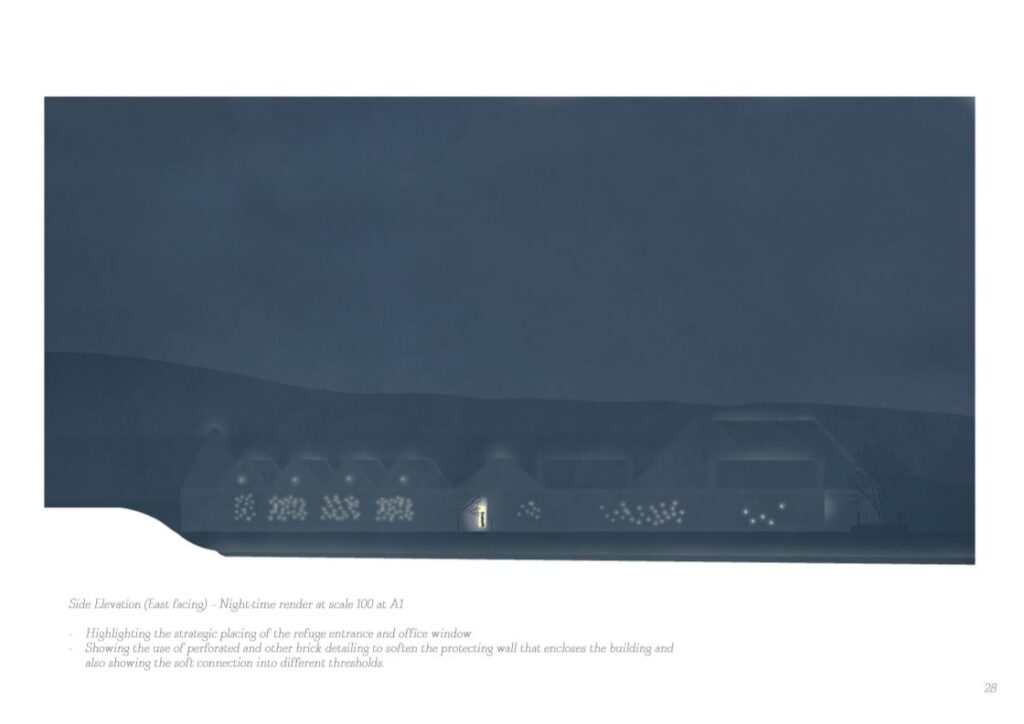