Perceived mishandling of housing for vulnerable people, crime and regeneration projects have fed distrust of Margate Council over time. In addition – or perhaps due – to this widening gap between local government and local population, Margate is a strongly cohesive and vocal community. This project proposes an alternative ‘anti-council’ of real people in Margate who already identify within organisations existing in all corners of the community.

The project acknowledges and welcomes these organisations, and at its heart is a chamber in which they can interact and operate. Ancillary to the chamber, office space is created with the purpose of establishing a base for some of the constituent organisations as well as a multi-function shop/display space to be used by different charities or organisations on a rotating basis. The building will exist not to establish something new but rather to condense and harness purposefulness that is already present, affording political power and agency to the people of Margate.

The monumental appearance of the building is proportionate to its role as a political centre of the community. Its presence is consciously magisterial but also respectful, filling the gap of the third spire in the line along Northdown Road. Through the culmination of activities which happen on the site, the building will be a manifestation of the power of the popular voice. Holding the chamber high in the air, it is assertive but also transparent.

As a development on from the primer project before it, The People’s Almonry’s parallels with the monastery – in particular, St Mary’s Church, a monastery the ruins of which lie on the coast in nearby Reculver – are a strong factor in its design. The overall form: semi-autonomous units which operate independently but are parts of a greater whole, as well as ideas of reverence and sacred versus profane space, and the symbolism of a spire, all link it decisively to the monasteries whose power and significance once loomed large in this country. This link is directly set down in the names of the units, all of which are taken from the constituent parts of a monastery, whose historic use is reimagined for this scheme. 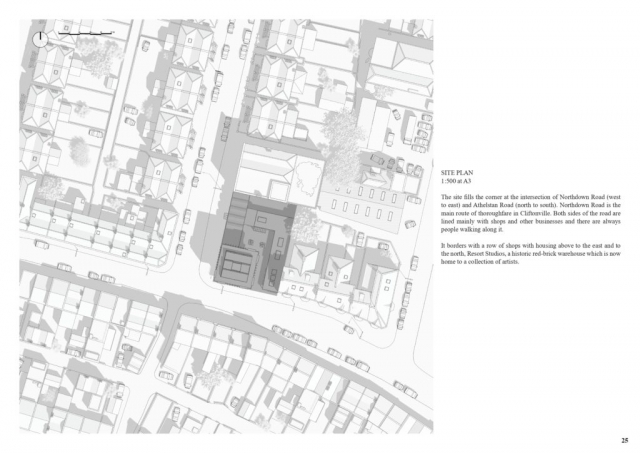 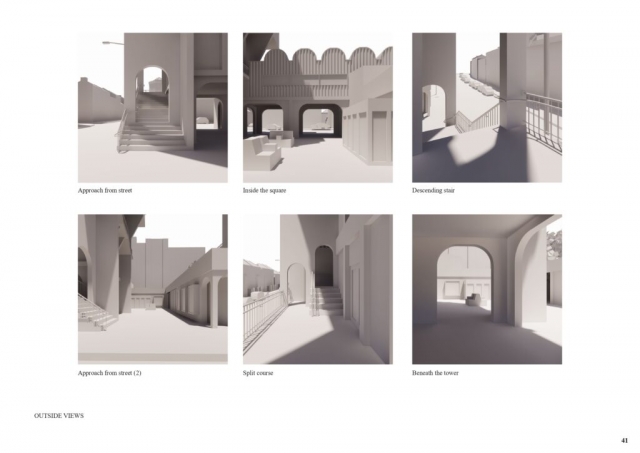 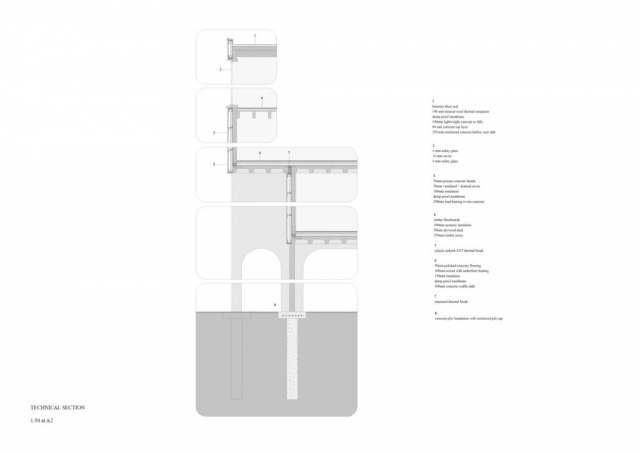 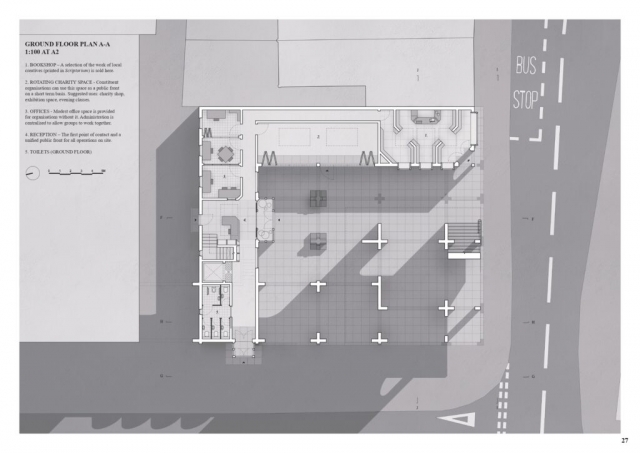 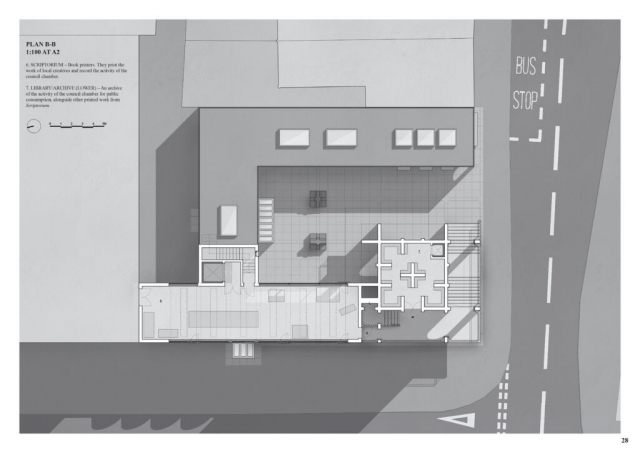 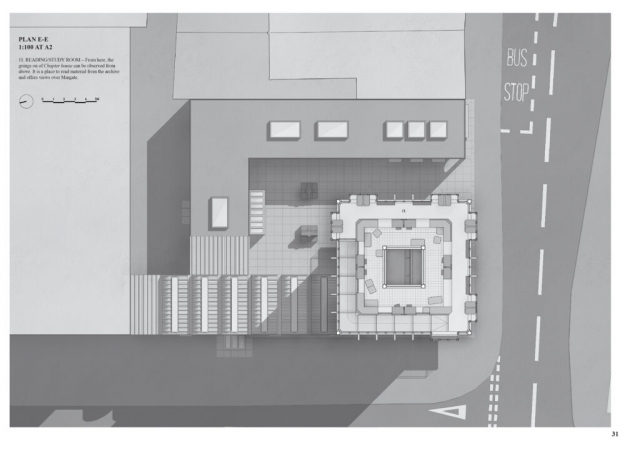 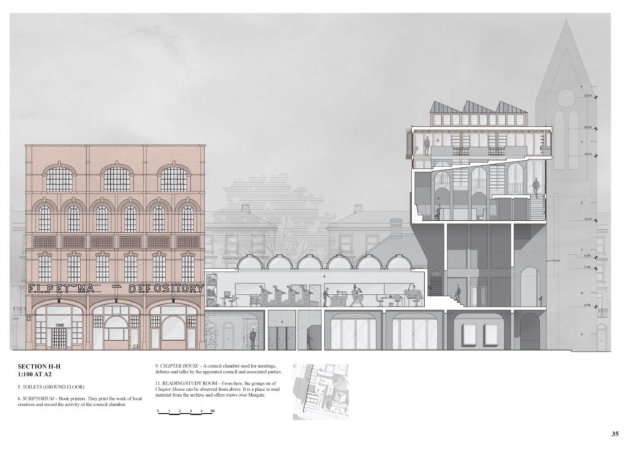 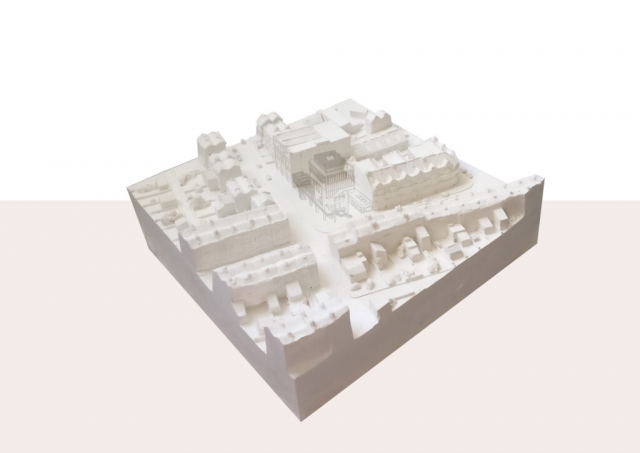 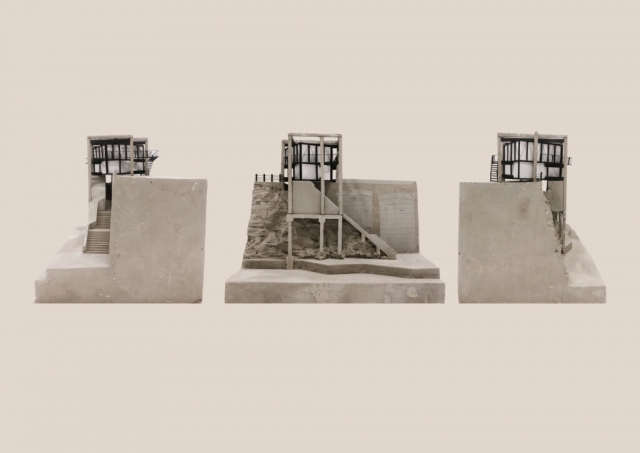