Cardiff city centre is the place that many vehicles travel around, which causes a certain degree of pollution. For homeless people living in Cardiff city centre, they have to live on dusty and polluted pavements. According to the research, respiratory diseases caused by pollution have become one of the main causes of homeless death.

My project strategy is to introduce a dense woodland on a capped landscape of the demolished remains of St. David’s 1. The density of woodland is to act as a sequestration of carbon monoxide/ dioxide produced by the nearby road and become a city centre.

Homeless people will have different states on the pavement. One of the states is called “Ecstatic State”, especially appears after taking drugs. Under this state, homeless people will feel that their body is floating in the air, as if this state is leading them to a higher place.

My concept is bringing the homeless people off the ground, take them into towers, wider their views and provide the same treatment as other people. 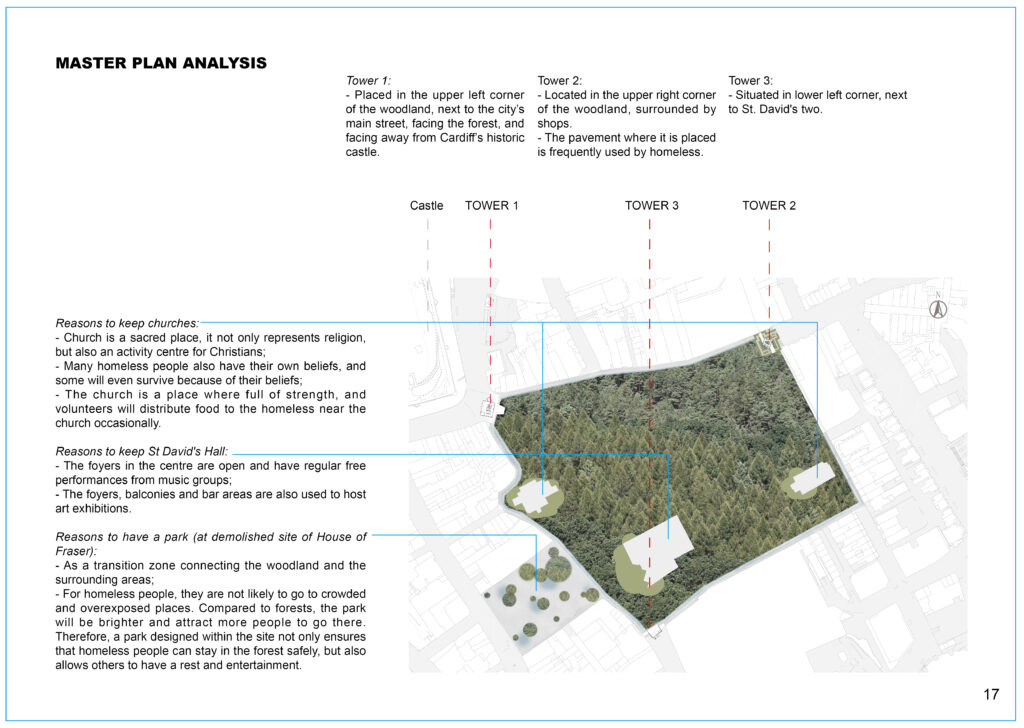 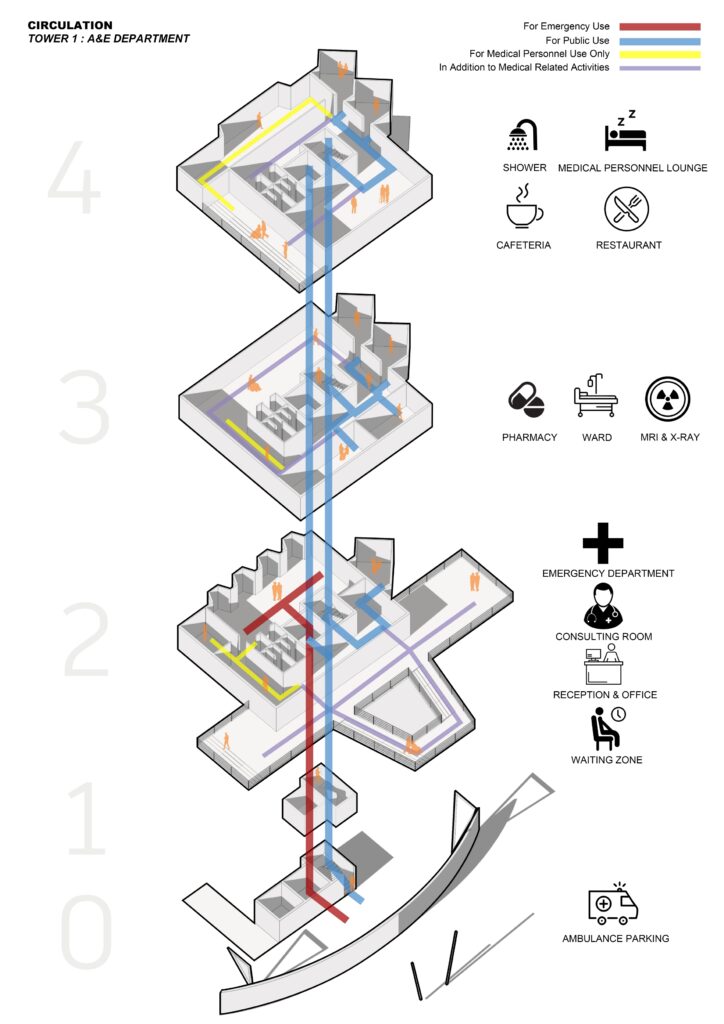 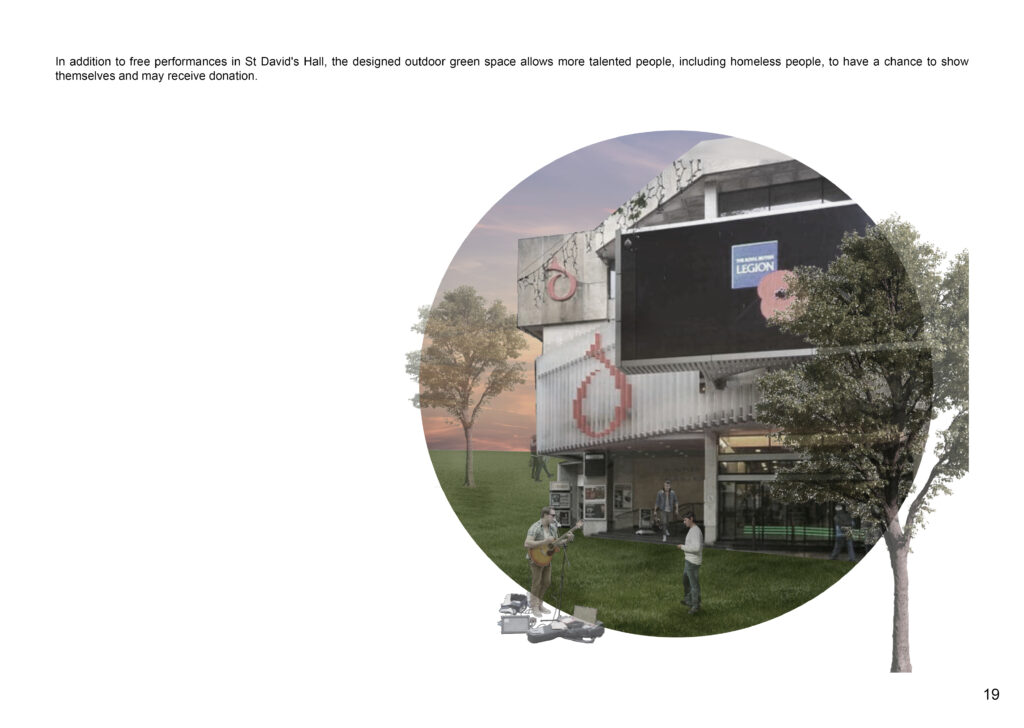