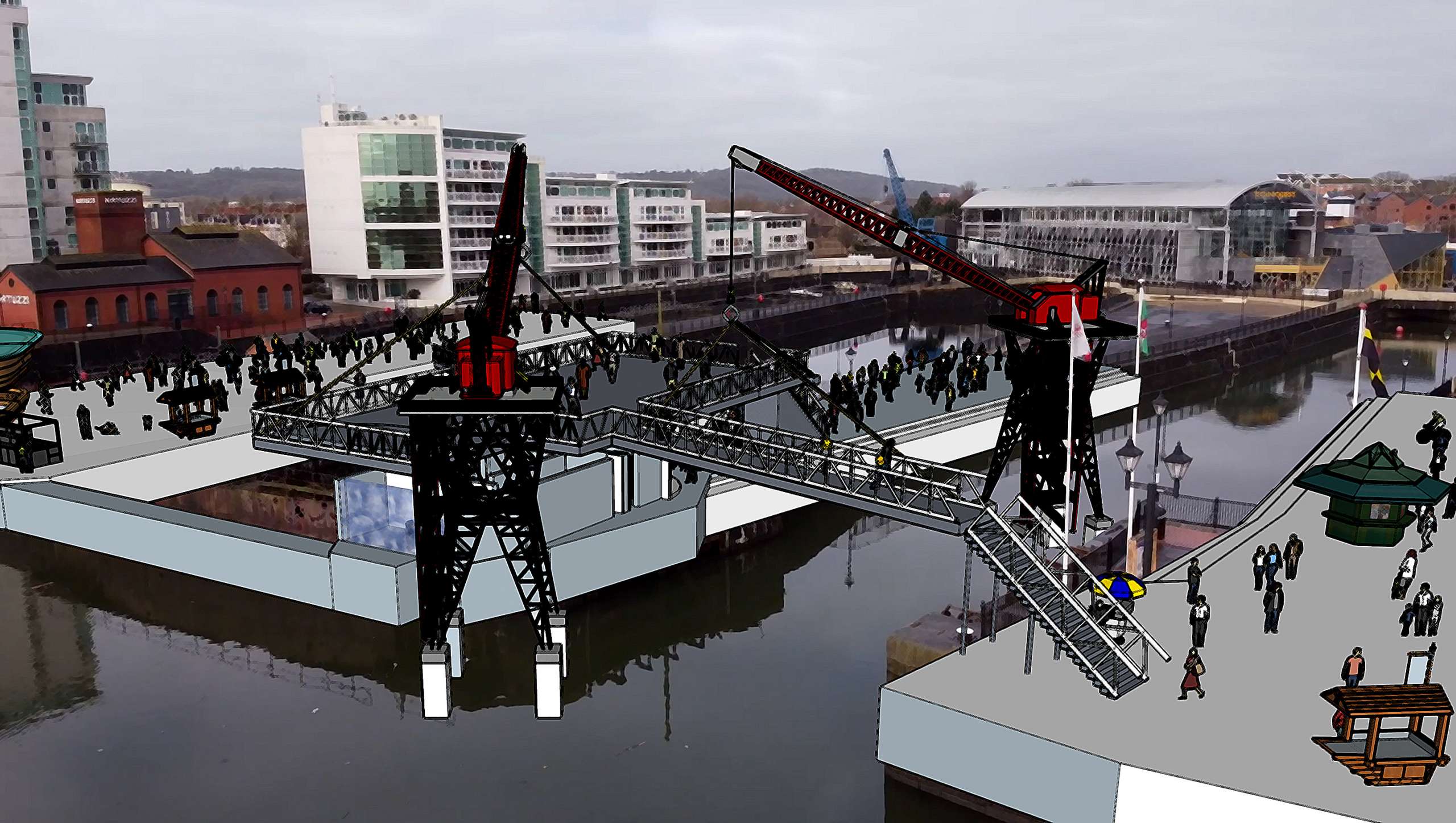 Being asked to design a festival stage for the Annual Welsh Eisteddfod was undoubtedly a challenge. I felt it was both beneficial to the environment and the atmosphere of the stage to link the concept of the stage to the Docks heritage; Cardiff owes its prosperity to its Coal rich land and the Industrial Revolution as it allowed for the city to grow into one of the largest ports in international trade.

This past was incorporated into the design, reusing old cranes being wasted as display into functional parts of the stage, holding up the second tier and serving as a memoriam to the History.

In addition to the cranes, bridges are included in the design to increase how accessible the stage was, as I initially struggled with the sites three docks being inconvenient to walk down separately. The environment was obviously something I wanted to keep an eye on, therefore the majority of the stage will remain as long as possible for future festivals or congregation spots and the backstage is constructed with temporary walls that will be removed off season.

As a first year student progressing through the year, I was intrigued the most in how I would be able to create spaces with specific atmospheres in interesting ways that affected its inhabitants and those interacting with it. I enjoyed pushing my architectural creativity, mostly in the final Eisteddfod Festival project, which was a space that was enjoyable on top of being environmentally conscious and functional and I look forward to see how inventive I can become.