Questioning the Ambivalence of Urban Commons 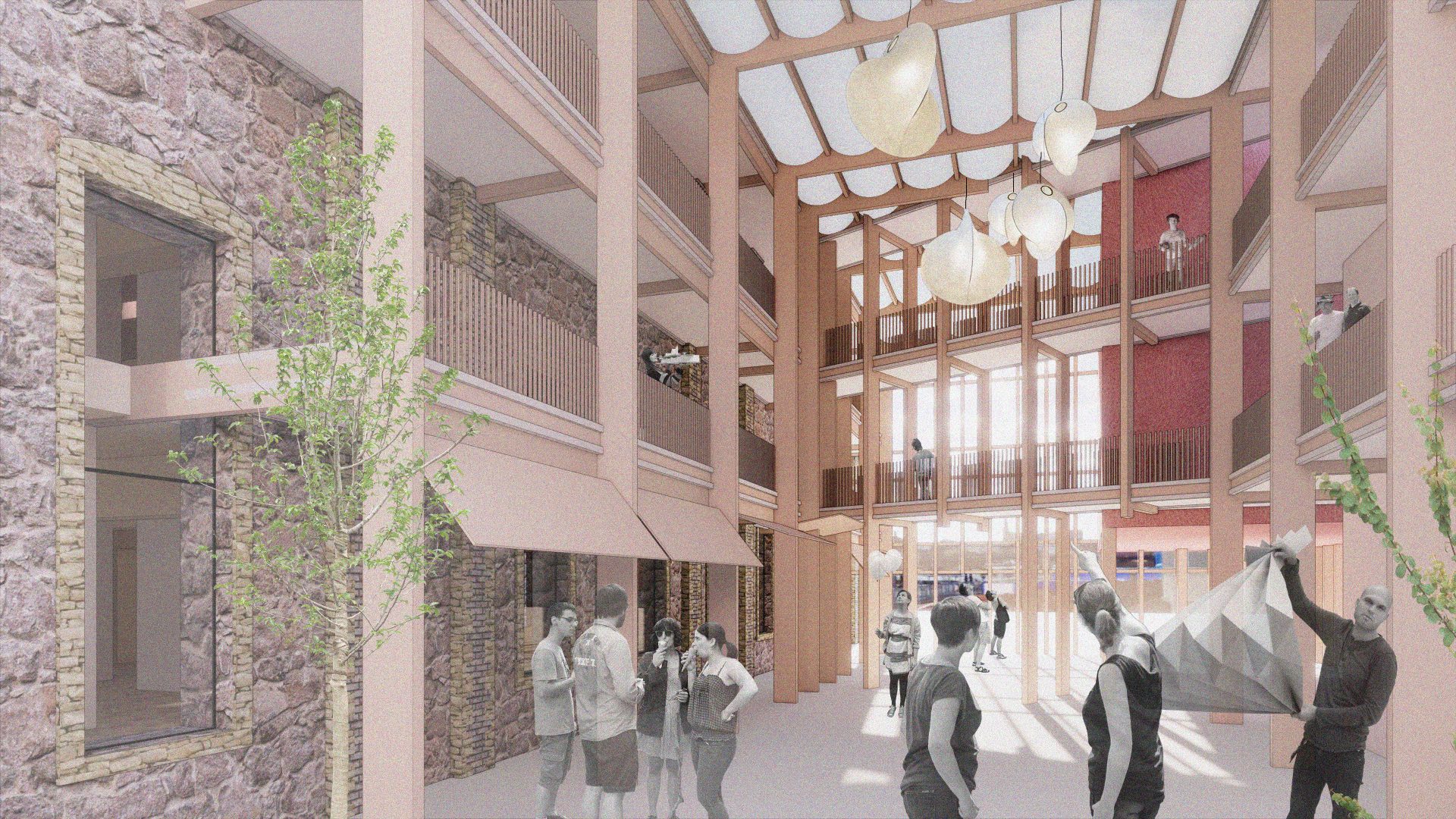 QUESTIONING THE AMBIVALENCE OF URBAN COMMONS

The Adaptive Reuse Intervention At The Brains Brewery Site

Industrial waste land is generally defined as land that was once used for industrial production and for transportation, transport and storage related to industrial production, but has since been abandoned, such as abandoned mines, quarries, factories, railroad yards, docks, industrial waste dumps, etc. These industrial spaces have an important place in the history of urban development, and they have often witnessed the economic development and historical progress of a city and region. However, with the urgent need for economic development and urban spatial upgrading, such spaces have entered the minds of policy makers as a public space that can resist urban commodification (Krivý, 2013).

In the vision of urban renewal, the reuse of old industrial buildings for the purpose of industrial upgrading or functional replacement is regarded as an important node of urban renewal, and the process of adaptive reuse should pay attention to the historical and socio-cultural values of old industrial buildings and give them new connotations. Moreover, with the help of capital to guide the renewal of old industrial communities, it will show new vitality in the future life and realize the sustainable development of old industrial buildings. This research takes The Factoty project in Phnom Penh as a guide to critically look at the urban spatial upgrading process that is taking place at The Brains Brewery site in Cardiff. In particular, it challenges the way in which the retained main building of The Brains Brewery has been transformed into a fully commercialized building. It has been argued that the industrial wasteland of the city is something that can be experienced and build shared practices over time, a place where people can 'dance' (Doron, 2000; Wilson, 2000; Armstrong, 2006). Following an architectural intervention, the process of renovation of The Brains Brewery will adapt to the surrounding construction phases, allowing the widest range of users to perform the various activities required in the urbn commons created by the new Factory. Establishing regional connections, transforming diverse interior spaces and creating more equal gathering places can be seen as a strategy to improve the quality of urban commons. In terms of sustainability, some of the part in the project can also be retrofitted to accommodate the changing social needs of the future downtown by creating new common practices.

I'm Wang Yapeng, you can call me Abel, and I'm slightly older than the rest of us at Unit. Before coming to Cardiff University I had been working in Shanghai in the field of architecture. The reason I came here to do a Masters course was to have a better future.

Other work by Yapeng Wang